After successful mission to Mars, India's space agency sets its sight on the Moon 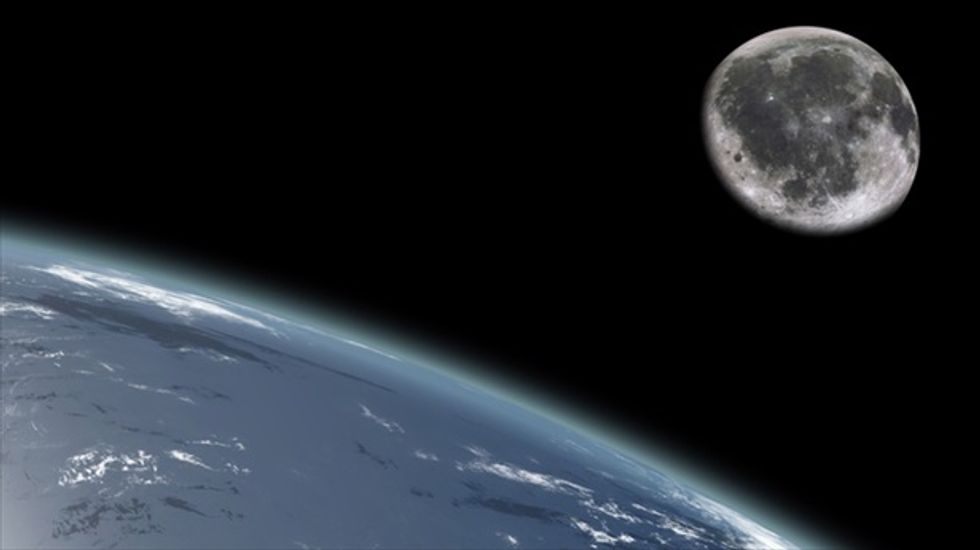 India now has its sights set on low-budget missions to land on the moon and study the sun after becoming the first country in Asia to reach Mars, the head of its space agency said Tuesday.

India has been swelling with pride since winning the continent's race to Mars in September when its unnamed Mangalyaan spacecraft slipped into the Red Planet's orbit after a 10-month journey on a shoestring budget.

The mission, designed to search for evidence of life on Mars, sparked mass celebrations which were especially sweet as India also became the only country to reach the planet on its first attempt.

Buoyed by the success, Indian Space Research Organisation (ISRO) chairman K.S Radhakrishnan said the agency was forging ahead with plans to land an unnamed craft on the moon, along with a satellite to study the sun.

"The aim is three years from now, an Indian lander and Indian rover will land on the moon," he told AFP.

"We have a programme to study the sun that is by putting a satellite into the sun-Earth Lagrangian point," he said, referring to the position where the satellite, held by the pair's gravitational pull, can orbit with them.

China completed its first return mission to the moon last month with the successful re-entry and landing of an unmanned probe, but Radhakrishnan played down talk of a space-age rivalry between the world's two most populous countries.

"We don't race with any country. We have our own priorities," he added.

But Radhakrishnan did acknowledge India was "certainly" eyeing a greater slice of the $300-billion global space market, by making and launching communication, weather, navigational and other satellites for foreign countries.

The Mars mission highlighted India's launch vehicle, called the Polar Satellite Launch Vehicle (PSLV), which has long been in "high demand" from countries needing their satellites blasted into orbit.

"We have launched 40 satellites for other countries, 19 countries have used the PSLV," Radhakrishnan said.

ISRO this year successfully tested a second vehicle, called the Geostationary Satellite Launch Vehicle (GSLV), capable of launching heavier satellites that countries are clamouring to have fired into space.

"At the moment there are no contracts (for the GSLV) but discussions are going on," he said in an interview in New Delhi.

India ranks among the top six space-faring nations in technological capabilities -- after the US, Russia, the European Space Agency, Japan and China, the chairman said.

But ISRO manages to compete with the big boys on a tiny budget, with the Mars mission costing just $74 million.

"If you look at the expenditure, we use 7.5 percent of what (the US space agency) NASA spends on space research," the chairman said.

ISRO has helped keep costs down in part by using a myriad of Indian companies to help build its space programme, with nearly 122 local firms assisting on the Mars mission.

India has come a long way since it began its space programme half a century ago when it set up the first rocket launch pad in a field in the southern state of Kerala. A church in a fishing village was the agency's main office.

The chairman said the agency was reaping the benefits of years of hard work, after sticking to its "mantra of self reliance" rather than relying on other countries for assistance.

Western sanctions were slapped on India after it staged a nuclear weapons test in 1974.

ISRO also remained committed to its national mandate of benefitting the "common man" - for example by launching Indian satellites that help with weather projections and disaster management - in a country with tens of millions of poor.

"Twenty-two years we worked on it (a launch vehicle for satellites and other craft) and we got it. We adapted and we improved," he told a group of defence experts on Tuesday.

"It was not a soft route, it was the hard route."

When are taxes due?

The IRS is struggling under a mountain of paperwork and grappling with outdated technology, and in the past year it has been tasked with distributing stimulus checks three separate times.