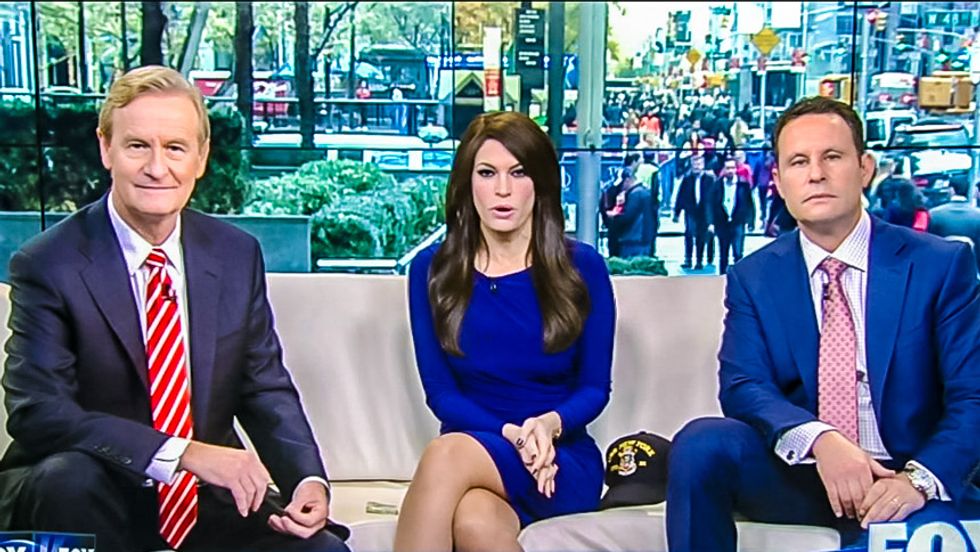 During an interview on the Fox News morning show, host Brian Kilmeade pointed out that MIT economist Jonathan Gruber, who helped design the Affordable Care Act, recently told an audience that the law could not have passed if the public became mired in all of the details.

"In terms of risk-rated subsidies, if you had a law which said that healthy people are going to pay in—you made explicit that healthy people pay in and sick people get money, it would not have passed," he explained. "Lack of transparency is a huge political advantage. And basically, call it the stupidity of the American voter or whatever, but basically that was really, really critical for the thing to pass."

Gruber added that the entire process would have been transparent in an ideal world, but "I’d rather have this law than not."

George Mason University Law Professor Ilya Somin noted that it was unfortunately necessary for lawmakers from both parties to leverage political ignorance to get their job done.

"Neither party can afford to abjure this vital political tool," Somin wrote. "A candidate or party unwilling to manipulate voter ignorance labors at a systematic disadvantage relative to more unscrupulous opponents."

Kilmeade wanted to know if King was "as outraged as most of America" over Gruber's admission.

King said that he did not endorse Gruber's remarks, and argued that there was no "deep, dark conspiracy."

"He was the one that put [the law] together -- one of them," co-host Kimberly Guilfoyle chimed in. "He said, in fact, that they weren't transparent and forthcoming with the CBO because if they were then the American people would know that, in fact, this was going to be something that was going to tax and penalize them, and they wouldn't go for it."

"What does that have to do with it?" Kilmeade asked.

"It has to do with having insurance, man!" King shot back. "If you don't have insurance, it's a high risk."

"They just lied about a health plan to the American people," Kilmeade argued. "Called the 'stupidity of the American voter,' and bragged about the lack of transparency."

"Are you that cruel?" King wondered.

"We're not, we're not cruel," Guilfoyle insisted. "We're just looking out for the facts and the information."

At that point, co-host Steve Doocy ended the health care discussion so he could get King to explain why he said that Democrats were the party of "government itself."