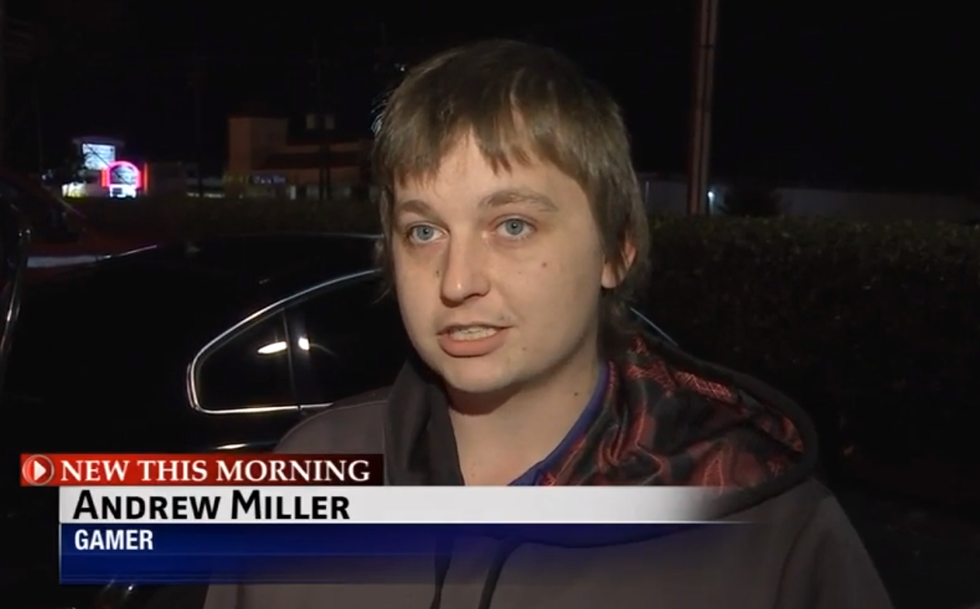 A group of video game fans who were camped out to buy the new edition of the game Grand Theft Auto were targeted by armed robbers in Chicago on Monday night.

According to Channel 7 Eyewitness News, three men wearing hoodies and masks walked into the GameStop store on Veterans' Memorial Drive at around 9:30 Monday night and held customers and employees at gunpoint.

The suspects -- who remain at large -- used a Taser to subdue one customer, then took all of the staff and customers' money and cell phones. The thieves also emptied the store's register of cash.

A store clerk managed to put a tracking device into the bag with the money, but police found it abandoned miles away where the thieves had apparently discovered it and thrown it away.

The customer who was Tasered was taken to the hospital, but was ultimately fine. No other injuries were reported.

"It's just shocking to me," said gamer Andrew Miller about the attack. "It's unfathomable, to be honest with you."