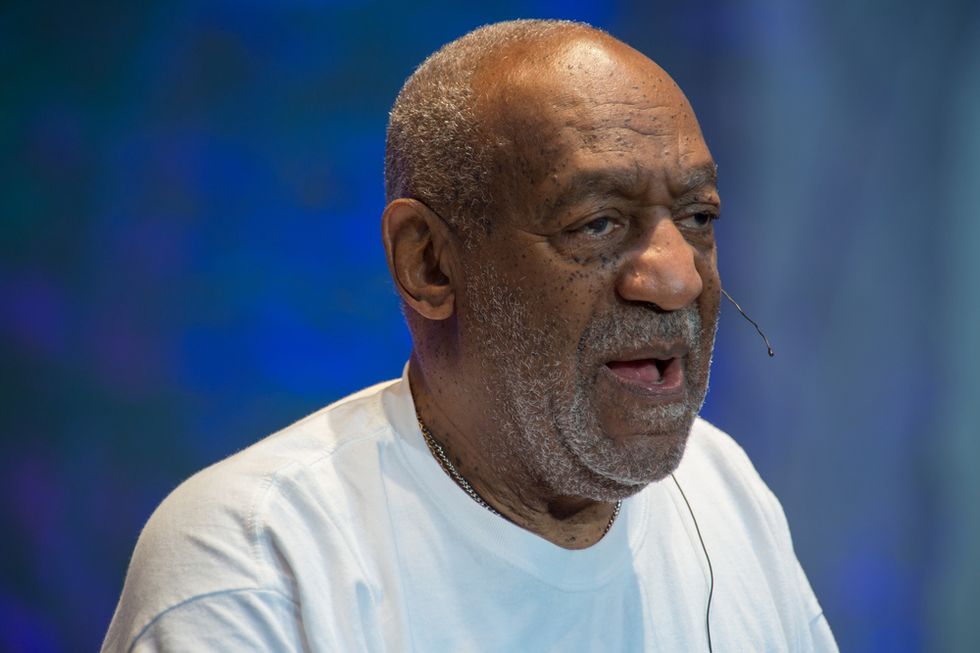 In a Saturday morning National Public Radio interview with Weekend Edition host Scott Simon, comedian Bill Cosby not only refused to address the sexual assault allegations against him, but refused to say anything at all.

Cosby and his wife Camille appeared on Weekend Edition to discuss Conversations: African and African American Artworks in Dialogue, an exhibition at the Smithsonian National Museum of African Art. The Cosbys loaned the exhibition some 62 pieces of art from their own collection.

However, given the serious allegations raised against Cosby in recent weeks, Simon felt compelled to ask the former Cosby Show patriarch for his version of events, which led to the following uncomfortable exchange:

SCOTT SIMON: "This question gives me no pleasure Mr. Cosby, but there have been serious allegations raised about you in recent days."

SIMON: "You're shaking your head no. I'm in the news business. I have to ask the question. Do you have any response to those charges?"

SIMON: "Shaking your head no. There are people who love you who might like to hear from you about this. I want to give you the chance."

Multiple women have accused Cosby of drugging them and raping them when they were too impaired to defend themselves. However, as actress and Cosby accuser Barbara Bowman said in an op-ed piece in the Washington Post, no one seemed to take the accusations seriously until they were brought up by male comic Hannibal Buress.

You can listen to the full interview here at NPR.org.