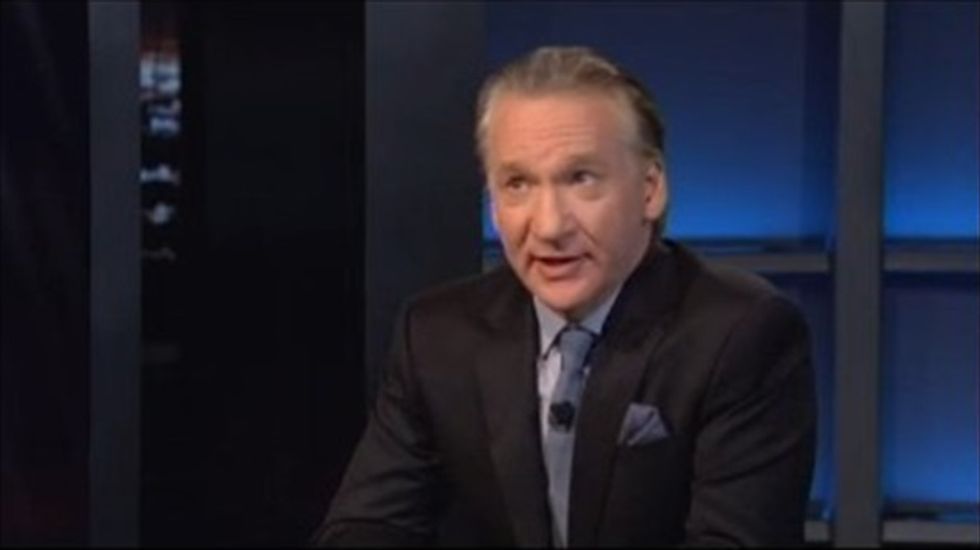 Real Time host Bill Maher argued on Friday that Tuesday's midterm elections were another example of Republicans' resentment of President Barack Obama, which they were successfully able to forge into an electoral strategy.

"It was a simple message for a simple people -- screw Obama," Maher said. "And it worked. Because none of the Democrats came out for Obama."

Maher chided Democrats for taking potshots at the president instead of defending their record, and sympathized with Sen. Bernie Sanders (I-VT) for not being part of their party.

"Democrats suck, they really do," Maher said, before telling Sanders (I-VT). "I don't blame you for being an independent, Bernie. I really don't."

Maher and Daily Beast columnist Kristin Soltis Anderson quarrelled over the Democrats' record, with Maher asking if declines in unemployment and gas prices, coupled with increases in the stock market and jobs gains would be that hard to use as a platform base.

"What matters is how voters are feeling about their own econommic situation, [and] they are not feeling good about it," she told him. "So if you've got a lot of money in the stock market, you're probably feeling great. But if you're a working-class white guy, frankly, you're not feeling that great Obama economy."

"That's true," Sanders said. "But that's a trend that's been going on the last 40 years. But here's the interesting point: you talk about Republican principles; the Republicans forgot to tell the American people what their principles are."

Sanders then predicted that the Republicans would attempt to cut Social Security, Medicare, and Medicaid within the next year, contrary to the electorate's wishes, as well as fight raises to the minimum wage.

"The Republican principles are to make the very richest people in this country even richer," he said. "At the expense of the working class and working families."

But the frustrating thing, Maher said, was that voters would support things like marijuana legalization and minimum wage hikes on the ballot, while also electing lawmakers who would try to block them.