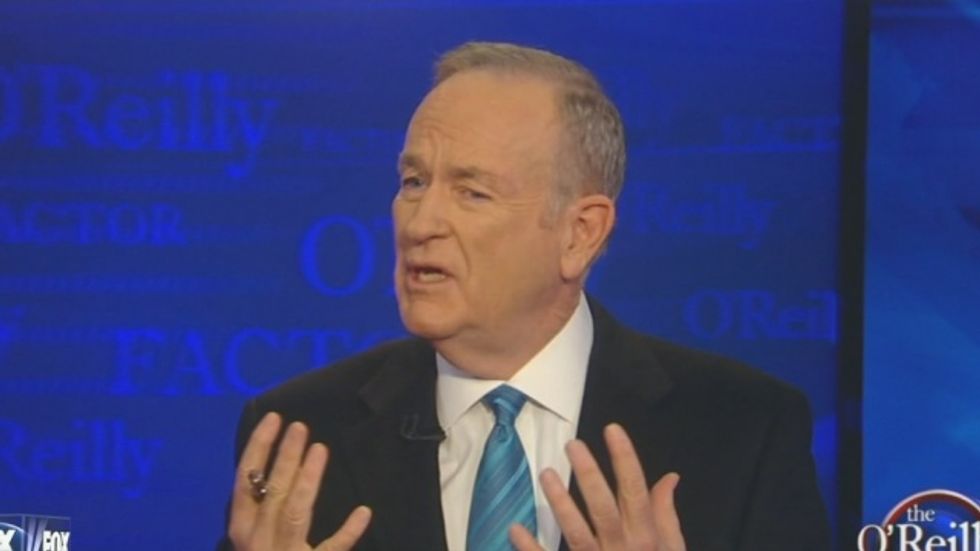 Fox News host Bill O'Reilly delivered what he called a recipe for success for the newly-dominant Republican Party going into 2016 -- including, he said, stopping any internal squabbling.

"If the GOP takes my advice and then nominates an honest person to run for president in 2016, it will win," O'Reilly said. "If Republicans continue to fight each other and don't compromise, the party will lose, and President Hillary Clinton will waltz into the Oval Office."

O'Reilly also advised Republicans to hold off on trying to repeal the Affordable Care Act, aka Obamacare, until they can elect someone in the next presidential election, arguing that current President Barack Obama will only veto any current attempts to curtail the law.

The O'Reilly Factor host also argued in favor of a minimum wage increase to $10 per hour, saying it could be done without cutting into corporate profits by lowering the corporate income tax to 20 percent and the capital gains tax to 15 percent, as well as instituting a six-month amnesty period for companies to "bring back" money they currently hold overseas.

"If President Obama vetoes these three things, he will go down in history as a villain," O'Reilly argued.

He also said Republicans should cut off funding to any executive order Obama signs implementing immigration reform. Instead of that, he said, the GOP should introduce its own bill calling for the border to be "secure" before "humanely dealing" with undocumented immigrants currently in the U.S.

He did not mention that, as many immigration advocates have said, deportations have been at an all-time high during Obama's presidency, and that a bipartisan bill that passed in the Senate last year stalled in the GOP-controlled House.

Watch O'Reilly's commentary, as posted online on Thursday, below.