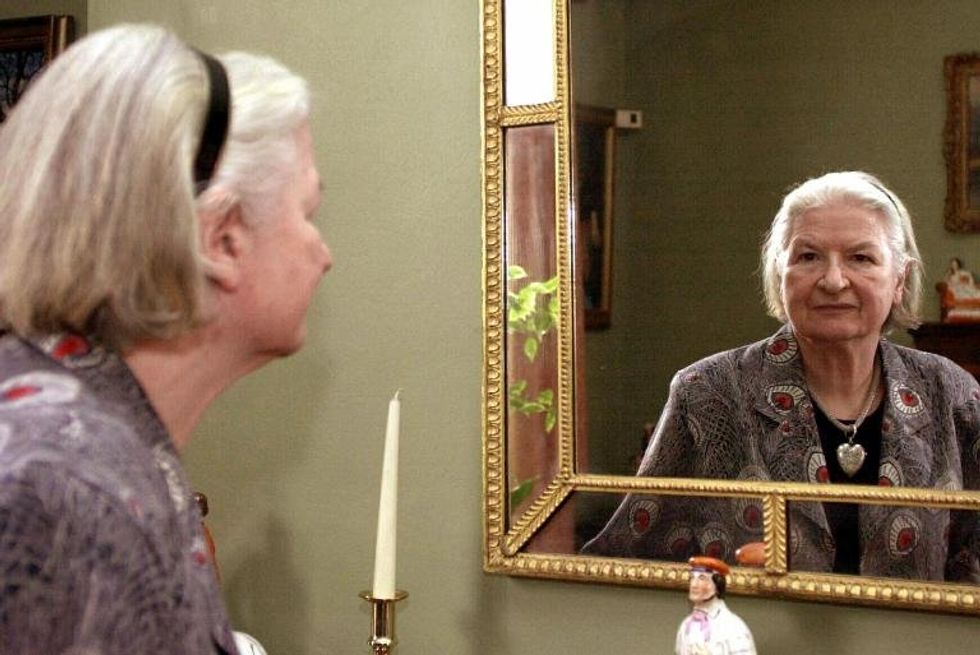 Faber and Faber, which published James since her first book in 1962, said she died peacefully at home in Oxford, and paid tribute to "one of the world's great writers".

James sold millions of novels and won numerous international awards for crime writing, drawing on three decades of work in the civil service including in forensics work.

Fellow authors lined up to pay tribute, with Patricia Cornwell remembering her encouragement and Ian Rankin praising her "sharp intellect" and "ready wit".

Prime Minister David Cameron said he was saddened to hear of the death of "one of the UK's greatest crime writers, who thrilled and inspired generations of readers".

Born Phyllis Dorothy James, the author only started writing in her late 30s and published her first novel, "Cover Her Face" at the age of 42.

The book introduced Scotland Yard detective Dalgliesh, a man James said represented "all the qualities I admire in a man -- sensitivity, courage and intelligence".

He went on to star in another 13 novels, including "The Murder Room", which were adapted for television.

In total James wrote more than 20 books including "The Children of Men", a dystopian novel set in England in 2021 which was made into an Oscar-nominated film.

One of her most recent bestsellers was "Death Comes to Pemberley", a detective story set in the years after "Pride and Prejudice" by Jane Austen, whom she loved.

James was a fan of detective novels as a teenager and always said she enjoyed the structure they required, dismissing critics who said they could not be serious writing.

Describing her interest in the genre, she said: "The basic moral premise, the sanctity of life, is... an attraction as is the solution of the plot at the end of the book.

"The classical detective story affirms our belief that we live in a rational and generally benevolent universe."

James was born in Oxford in 1920 and had a difficult childhood, her mother being admitted to an asylum when she was a teenager. She left school at 16 to work as a clerk.

Although always interested in writing, her family needed the stability of a regular paycheck so she joined the civil service -- a career that would end up giving her invaluable inside information for use in her books.

She worked as an administrator in the National Health Service (NHS), including in psychiatric units, and in police and crime units in the Home Office interior ministry.

James would think of the location first, and then develop her characters, murders and clues, writing it all by hand and then dictating it to a secretary to type up.

James continued writing and lecturing into her old age, and published a diary, "Time to be in Earnest", recounting her memories and thoughts over the course of her 77th year.

"She was so very remarkable in every aspect of her life, an inspiration and great friend to us all," her publishers said.

"It is a privilege to publish her extraordinary books. Working with her was always the best of times, full of joy. We will miss her hugely."

James's husband, Connor White, died in 1964 following an overdose of drugs and alcohol. He had suffered from mental illness and was hospitalised.

They had two daughters and James leaves a number of grandchildren and great-children.