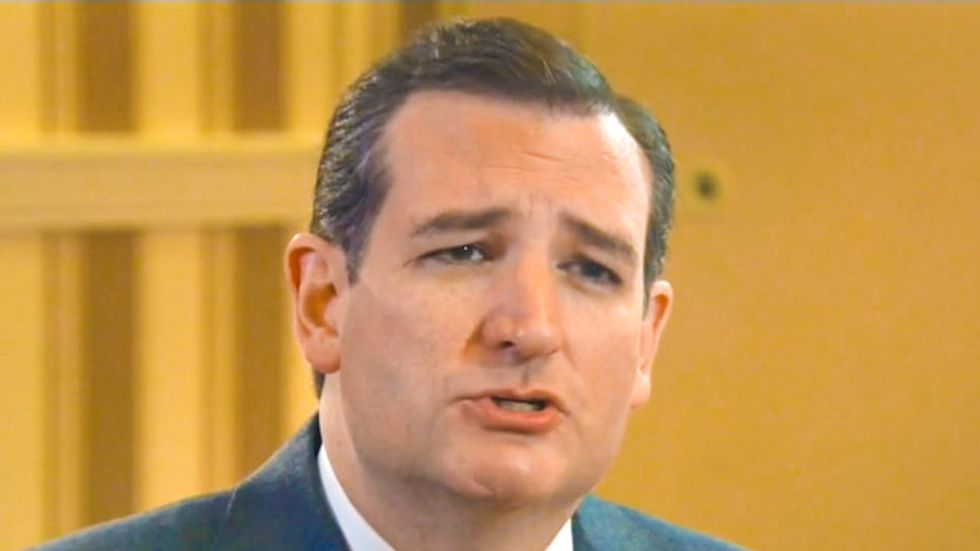 "He's trying to trick you into thinking, 'Oh no, you really want to support the cable companies," Uygur said of Cruz. "[Then] they can charge you a lot more money, 'cause then they got you by the b*lls."

Earlier in the day, Obama asked the Federal Communications Commission to treat Internet service providers more like a public utility, saying the agency should implement rules ensuring "that neither the cable company nor the phone company will be able to act as a gatekeeper."

Supporters of net neutrality argue that classifying Internet access as a utility is vital to keep cable companies from charging more for special "fast lanes."

In response, Cruz took to Twitter to disparage the concept, calling it "Obamacare for the Internet."

"Excuse my French but you're a f*cking liar," Uygur said, arguing that net neutrality actually ensures the level free market that libertarians like Napolitano say they support.

"They want their corporate benefactors to rule us all," Uygur said. "That's what Napolitano's about. He's a total fraud. Doesn't know a thing about libertarianism."

Watch Uygur's commentary, as aired on Monday, below.