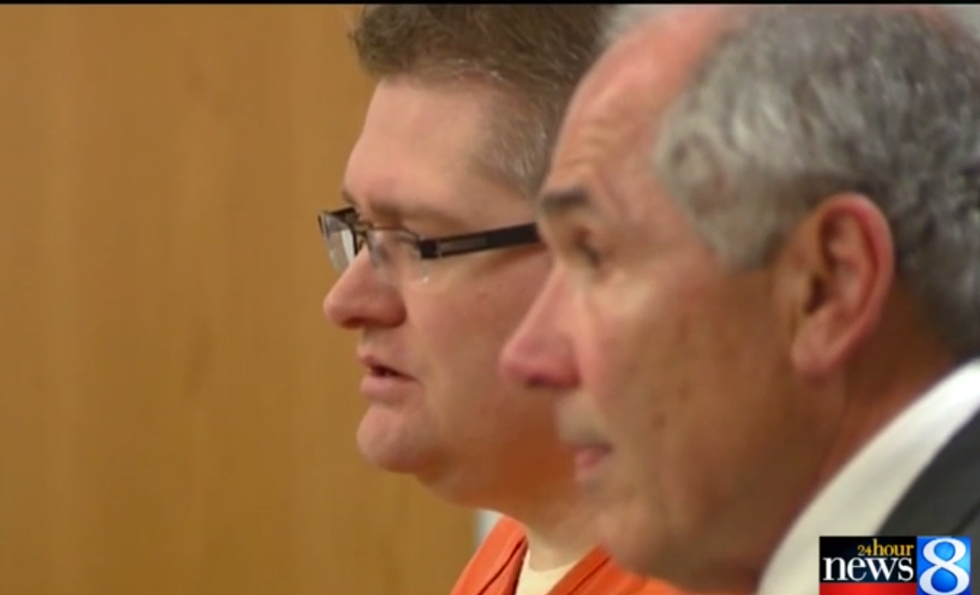 A Grand Rapids, Michigan Christian radio broadcaster was sentenced on Monday to at least 25 years in prison for the rape of an 11-year-old boy.

According to the Battle Creek Enquirer, 35-year-old John Balyo plead guilty to the sexual assault, which Balyo arranged with the help of another man, Ronald L. Moser, 42, of Battle Creek, who has admitted to procuring boys for Balyo to have sex with.

According to court documents, Moser brought the unnamed victim to a Fairfield Inn, where he and Balyo showered with the young boy, then photographed him before inducing him to perform oral sex on the Christian radio host as Moser watched.

Balyo issued an apology to the boy and his family in court.

"I just want to take this opportunity to say I am feeling very deep and constant remorse for my actions," he said in front of the judge on Monday. "And I want the family to know I am very sorry and wish I could do something to correct what has been done."

Calhoun County Circuit Court Judge Conrad Sindt sentenced Balyo to serve the mandatory minimum sentence for child sex assault -- 25 years -- with the possibility of serving up to 50 years behind bars. When Balyo does get out of prison, he will be ordered to register with a national sex offender database and submit to constant monitoring via an ankle bracelet or other tracking device.

Balyo faces additional sentencing in U.S. District Court in December on charges of sexual exploitation of a child and possession of child pornography.

Both Balyo and Moser plead guilty in federal court. Moser will be sentenced this week and faces up to 40 years in prison on charges of possession of child pornography and sexual exploitation of a child.

The victim's mother wrote a statement that was read aloud in court. In it, she said that "children should be loved and respected. They are not here to be used and abused. No child should be scared of people or of life itself. I think you should sit and rot in jail the rest of your miserable life."

Balyo was fired from his job at Grand Rapids' WCSG when charges were brought against him. Shortly thereafter, his new wife divorced him. MLive.com reported that Balyo was arrested on June 20 at a Christian music festival in Gaylord, Michigan.