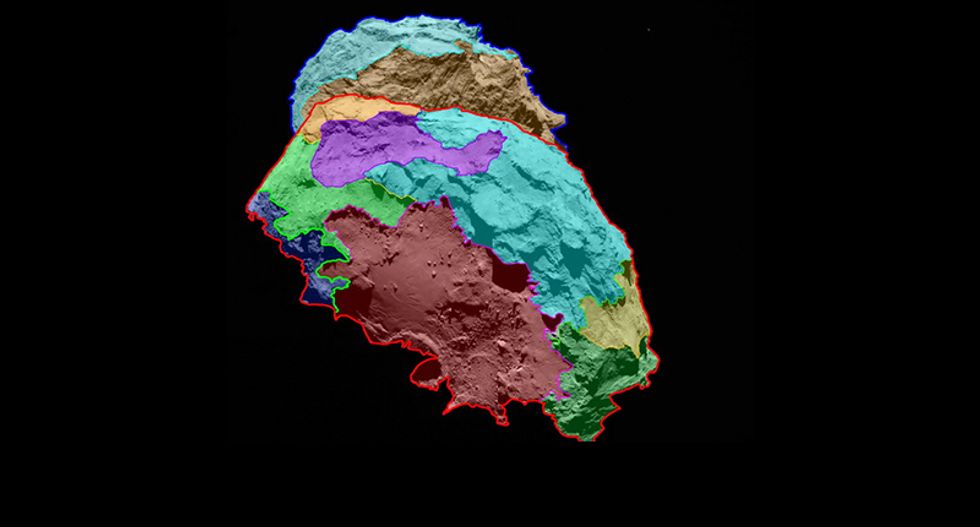 European scientists will this week make the first attempt to land a probe on the surface of a comet, the climax of a decade-long project to unlock some of the secrets of the universe.

Spacecraft Rosetta caught up with comet 67P/Churyumov-Gerasimenko in August. On Tuesday night, the team at the European Space Agency (ESA) will decide whether to give the final go-ahead to release a lander from the craft.

Comets -- celestial bodies of dust, ice and complex molecules -- are remnants of the birth of our 4.6 billion-year- old solar system. The probe's mission is to gather samples from the comet to analyze the development of Earth and other planets.

"It's basically a time machine containing clues to the composition of the solar system," Fred Jansen, Rosetta Mission Manager, said in a briefing ahead of the landing attempt.

The three-legged lander, called Philae, is due to be released on Wednesday at 0835 GMT on its descent toward the surface, which will take a nail-biting seven hours. During that time, Philae will send back information on the dust and gases it encounters as it nears the comet.

The timing, angle and speed of the release are crucial because, once on its way, there is nothing the scientists on the ground can do to change the trajectory of the box-shaped 100-kilogramme (220.5-pound) lander.

Adding to the risks for a safe landing is the fact that the comet's surface is not smooth, as initially hoped, but instead marked by craters, cliffs and boulders the size of houses.

"We have to be a bit lucky," Rosetta flight director Andrea Accomazzo said. "If the lander lands in proximity of a boulder, there is nothing we can do. This is the part that worries me the most because we have no control over it."

If the landing, expected to be confirmed on Earth at around 1600 GMT, is successful, Philae will start sending back pictures and measurements.

Landing a probe on the comet is one of several historical firsts performed by the mission, including the first time a spacecraft orbits a comet rather than just whizzing past.

Even if the landing is not successful, the team will continue to gather samples and take pictures using Rosetta, which is expected to continue following the comet until at least the end of 2015.