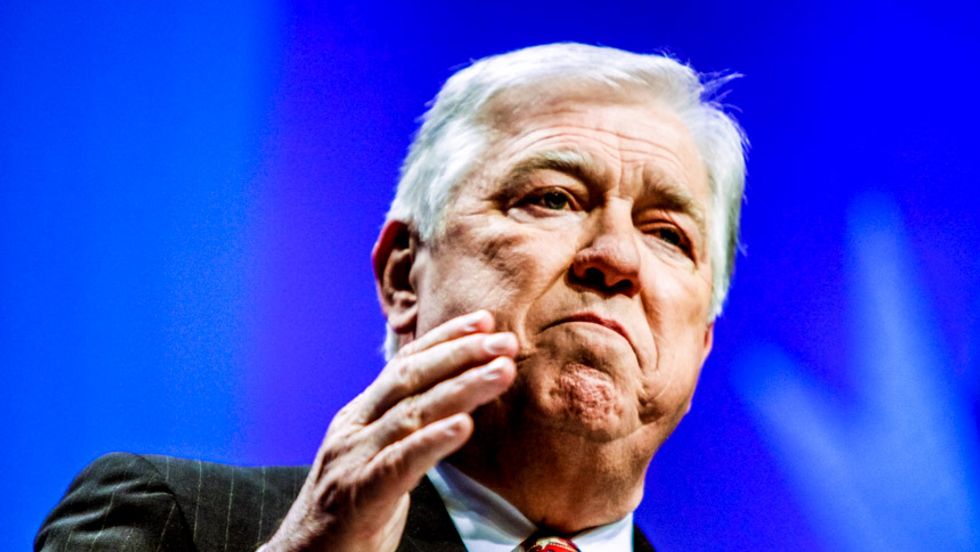 Former Mississippi Gov. Haley Barbour (R) has said that he was not intending to be offensive when he recently called President Barack Obama's policies "tar babies."

Sources told Politico that Barbour had used the phrase during a conference call with clients of the BGR Group, a lobbying firm he founded in 1991.

During the call, Barbour explained why it was difficult for a party to retain the presidency after holding it for two terms.

In a statement provided to Politico via email, Barbour admitted that he had made the remarks.

“If someone takes offense, I regret it. But, again, neither the context nor the connotation was intended to offend,” he insisted.

The term "tar baby" was popularized by Joel Chandler Harris in his 19th-century Uncle Remus stories. In one story, a "tar baby" is used as a trap for Br’er Rabbit.

It has often been used to describe a sticky situation, but the concept can be traced back to African folklore. And it has been used as a racial slur.