Feel the heat: Fourth-warmest October for the United States 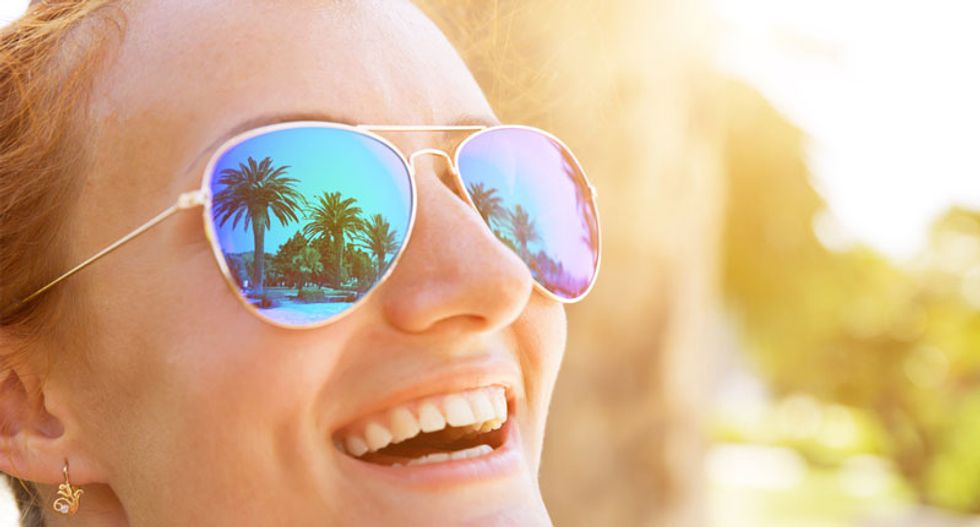 It might be chilly (OK, downright Arctic) in the middle third of the U.S. these days, but if you live there, you can warm yourself with memories of October. According to new data released Thursday, October wasn’t just a little warm, it was the fourth-warmest October for the lower 48 on record and not a single state recorded below normal temperatures.

In what’s been the year of the great weather schism, October showed reconciliation is possible. Warm weather that has been the hallmark of the West this year was also seen spreading across the South and Northeast. The only spot with near-normal temperatures was the Upper Midwest, though near normal probably sounds downright balmy to folks in Detroit who just weathered overnight lows of minus-14°F.

37 of the contiguous 48 states experiencing above-normal temperatures, that put the national average temperature 3°F above normal. That makes it the fourth warmest among the past 120 Octobers according to the new data from the National Climatic Data Center (NCDC). Not a single state saw below normal temperatures, the first time that’s happened since July 2013.

Yet another measure reflecting the nation's warmth is the percentage of the country with very warm temperatures, which NCDC defines as within the top 10 percent. In this case, 40 percent of the country fell into that category. In comparison, very cold conditions laid a big old goose egg.

A study earlier this year showed that extreme heat has been increasing in intensity and frequency globally over the past 15 years. U.S. record highs have been outpacing record lows by an ever-widening margin since the 1950s, though last year — and likely this one — are anomalies.

While warm weather overtook much of the U.S., the West Coast still led the way with California, Oregon and Washington having had one of their three warmest Octobers, and every state west of the Mississippi saw this October rank in the top 10. The heat kept California on track to smash its record for warmest year and also kept a number of major cities in the West, including Seattle, San Francisco, Sacramento, Las Vegas and Phoenix, in record warm territory.

The Northeast isn’t likely to break many heat records this year (thanks, polar vortex) but October allowed it to at least spend some time in above-normal territory. Mild temperatures kept fall at bay for leaf peepers, particularly in Maine, which had its fifth-warmest October. And with the country warm all over, NCDC’s analysis also noted that temperature-related energy demand was at its 13th lowest on record, reflecting lower home heating demands.

The warmth in the Northeast, and at least average temperatures in the Midwest, gives folks living in those regions a taste of what the globe has experienced all year. NCDC shows that through September, the world is on track for its warmest year on record with the eastern half of the U.S. by far the coldest (and really one of the only cold) spots on the map. Rising temperatures are one of the clearest signs the climate is changing due to greenhouse gas emissions and the 10 warmest years on record have all come since 1998.

NCDC is scheduled to release its global climate analysis for October later this month. If  October, November and December are each among the top five warmest for the globe, that will officially make 2014 the hottest year on record. Of course, that’s small consolation to folks huddling under electric blankets in the Midwest right now.