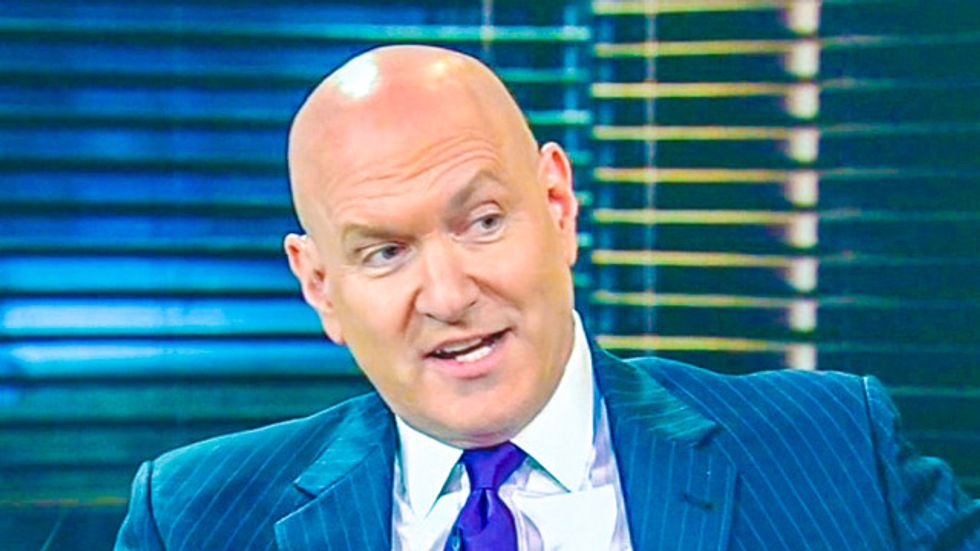 Fox News contributor Keith Ablow shot back on Friday at a former president of the American Psychiatric Association (APA) after he condemned Ablow's on-air commentaries about President Barack Obama.

"As a medical professional it is readily apparent that a President who tours the world apologizing for America, who was part of a church in which the pastor preached 'God damn America!' and who admonished American entrepreneurs that they did not build their own businesses is a President who has issues with the nation of which he is President," Ablow said in a statement. "The use of selected and edited comments of mine to attempt to 'shoot the messenger' is an unfair attempt to impair my credibility."

"It is shameful and unfortunate that he is given a platform by Fox News or any other media organization," Lieberman said. "Basically he is a narcissistic self-promoter of limited and dubious expertise."

The AP noted that Ablow, billed by Fox as a member of their "Medical A-Team," resigned "in protest" from the APA in 2011. Media Matters reported at the time that members of the organization rejected Ablow's argument that seeing Chaz Bono appear on Dancing With The Stars after his gender reassignment surgery would cause gender identity disorder in young viewers.

"Dr. Ablow apparently believes that watching a transman dance with a woman might cause somebody's confused child to become trans. I suppose some people still believe watching Will and Grace made kids gay," APA member Jack Drescher stated in a rebuttal. "Although this 'monkey see, monkey do' warning might come across as common sense advice, this is another instance where 'common sense' does not square with science."

The AP noted that Drescher's group discourages members from engaging in speculation regarding non-patients. But Ablow defended his remarks on Friday, saying that other mental health professionals have written best-selling books of their analyses regarding world leaders.

"As a psychiatrist, news commentator, and medical professional, my analysis is accurate," Ablow stated. "I stand by what I have said. Psychiatrists are uniquely situated to comment on political figures, and the interface of politics and psychology is improved by psychological analysis."

Media Matters posted a mashup of some of Ablow's past commentaries on Friday, which can be seen below.