From Lord of the Rings to Akira: 10 books every gamer should read 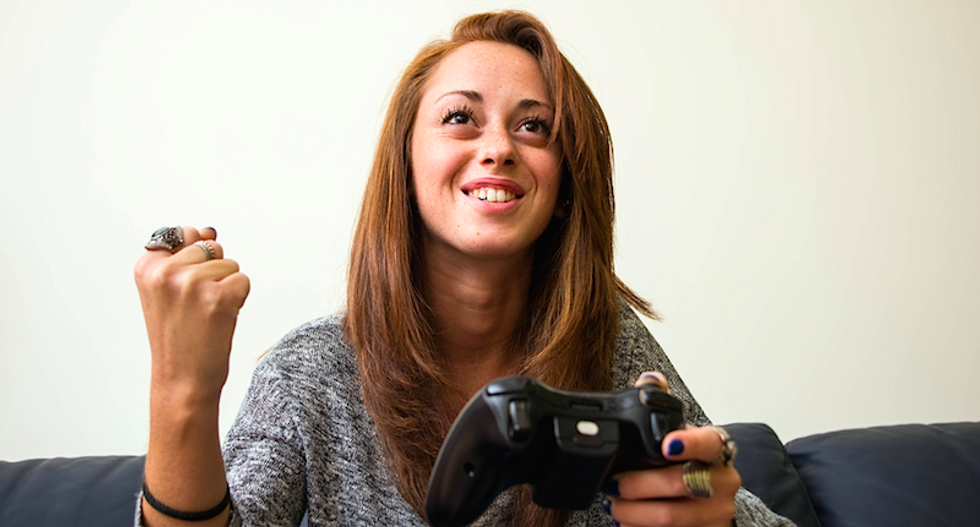 From Lord of the Rings to Akira, these are the books that have influenced the world's greatest game designers

In the 17 years I've spent writing about technology, I have had the good fortune to meet, interview and chat with hundreds of game designers from all over the world. I have visited studios throughout the U.S., in Russia, in Japan, in France, Denmark and, heck, even Britain. And although the cultural references can often be hugely diverse, there are certain books and movies that come up in conversation over and over again.

Here then are the 10 books that game designers and developers have cited to me most often as influences on their work. There is a lot of science fiction and fantasy, of course – these being the predominant genres in the realm of mainstream narrative gaming. In some ways the list is evidence of the industry's cultural homogeneity – the way in which big franchises like Mass Effect, Elder Scrolls and Halo all draw from similar influences. But all of these are worth reading, and they will give you a better idea of the ideas and conventions driving the games industry.

No doubt there are ridiculous omissions – it was never going to be possible to capture all facets of game design inspiration. Also, I chose to stick with fiction to narrow things down a little. I'd invite readers to add their own suggestions in the comments section.

For now, here are the 10 books that developers from Osaka to Ohio have most commonly referenced to me. Each entry also has a few alternate titles, sneakily added so fewer people would shout at me.

Otomo's arresting and vivid portrayal of gang warfare on the streets of a post-apocalyptic Tokyo ran throughout the '80s, drawing in influences from both the West (Star Wars) and the East (Japanese author Seishi Yokomizo), to dazzling effect. Widely credited with introducing both manga, and though its animated movie translation, anime, to Western audiences, Akira explores ideas of mutation, psychokinesis, military corruption and terrorism, all the while exhibiting the nuclear paranoia that flooded Japanese culture after 1945. Every Armageddon-obsessed adventure from Final Fantasy to Infamous has ideas that can be traced back here. Alternatively: Another classic 80s manga, Fist of the North Star, has been influential. And from the west, Frank Miller's The Dark Knight Returns and Alan Moore's Watchmen are two works dealing in similar areas of warped heroism, mutated humanity and future-noir paranoia.

Call of Cthulhu and Other Weird Stories – HP Lovecraft

Through a selection of interconnected stories written throughout the twenties and thirties, American writer HP Lovecraft created a new horror mythology, blending the supernatural and science fiction and imagining a universe of dank oppressive dread in which humanity is at the mercy of gigantically powerful monsters. Lovecraft's bestiary was a huge influence on the makers of seminal tabletop role-playing game, Dungeons and Dragons, thereby working its way into most video game RPGs ever since. And the Cthulhu Mythos that emerged from his works has had an enormous influence on games designers in other genres: indeed, the entire concept of 'end of level bosses' practically percolates Lovecraft's entire philosophy into one game convention. Alternatively: other writers whose own complex fantasy/horror mythologies have inspired game designers include Michael Moorcock (especially the Elric books) and Stephen King (The Dark Tower). Lovecraft was also an influence on another provider of video game set texts, Robert Bloch.

Originally serialised in the weekly Japanese comic, Shōnen Jump, Dragon Ball is widely considered to be one of the greatest mangas of all-time, its volumes selling over 230m copies worldwide. Based around the Chinese novel Journey to the West (the source for the cult TV series Monkey), the epic work combines exciting martial arts action and a Picaresque narrative heaving with eccentric and fascinating characters. There have been dozens of video game conversions of the original works, but Toriyama's mix of combat, mythology and comedy has inspired hundreds more beat-'em-ups and action adventures.

Alternatively: Any of the 'big three' manga – Naruto, Bleach or One Piece, all hugely influential to game designers.

Video games are utterly crammed with conventions, ideas and archetypes ripped from world mythologies, but Ancient Greece has provided many of the utterly key inspirations. The idea of the heroic quest, a central element in almost every role-playing game, is symbolised in the adventures of Odysseus, Perseus and Theseus, as are the underlying concepts of prophesy, destiny and of 'the chosen one' who is born to vanquish evil. This inspiration is obvious in titles like God of War and Altered Beast, but every time a character reaches for a magic item or feels as though they are at the mercy of vengeful gods, it is likely the source goes back to Ancient Greece. I have opted for Robert Graves' much-respected translations here, but there are plenty of other options.

Alternatively: the Norse and Celtic mythologies have also been a huge influence on game designers, adding their own slants on iconic concepts such as magical items, warring gods and heroic journeys. There's also the Bible, of course, which is filled with war, heroism and wrathful deities.

The Hero With a Thousand Faces – Joseph Campbell

This is a slight cheat as it's obviously not a novel, but Joseph Campbell's exhaustive study of world mythologies and the concept of the heroic archetype has been named as an inspiration by countless developers I have spoken to over the last two decades. Campbell's central argument, that all mythological tales spring from a single monomyth in which a hero defeats a series of challenges to attain a life-changing gift, is central to both video game and movie structure. This is the core stuff of story-telling, later refined into a writing guide by Christopher Vogler in his similarly much-cited work, The Writer's Journey: Mythic Structure For Writers.

There was a time in the early 2000s when it seemed every studio I visited had a well-thumbed copy of this challenging but fascinating novel left on a desk somewhere. Here, though, it's as much about form as it is about content – House of Leaves is a cybertext, a work of "ergodic" literature in which the formatting of the text becomes a puzzle the reader must solve. Through footnotes, blank pages, interviews and codes, Danielewski creates a sort of dynamic experience, that reflected a lot of the experiments into interactive fiction and alternative reality gaming taking place on the web at the time. In essence its a story about how to tell stories in the digital age.

Alternatively: Fictions by Jorge Luis Borges is another surreal and playful text that creates meaning in obtuse layers, while Theodore Roszak's Flicker is a slightly more conventional take on Danielewski's use of fictionalised historical writing.

Published in 1885, Haggard's colonialist romp through the deserts and mountains of Africa, brought us Allan Quartermain, the archetypal flawed adventure hero, and introduced the Lost World genre of fiction. These elements, modernised through the Indiana Jones trilogy (don't... just don't mention the fourth film), has gone on to inspire everything from Pitfall to Tomb Raider. Any game in which a hero and his bickering team locate a lost temple filled with fabled treasures probably has its roots in Haggard's novel.

Lord of the Rings – J.R.R Tolkien

Well, it had to be in here. Although Dungeons and Dragons co-creator Gary Gygax claimed not to have been a fan of Tolkien's sprawling masterpiece, he conceded its huge influence on his legendary tabletop RPG, specially in the fantastical races that inhabited the rule set. And through D&D, the trilogy has exerted its influence on just about every fantasy video game ever created, from the earliest straight D&D and AD&D conversions to the formative Japanese role-playing games such as Dragon Quest and Final Fantasy, and on into the massively multiplayer era of World of Warcraft. Informed by mythology and folklore, Tolkien established a vast all-encompassing reality to Middle Earth, including a far-reaching sense of history. Arguably, it is Tolkien who taught fantasy game designers about the importance of mythological backstory, of establishing aeons of conflict and lore, lending authenticity to entirely imagined worlds. If a game narrative begins, "after 3,000 years of war..." you can probably blame this guy.

Alternatively: Michael Moorcock again, as well as the more playful and parodic Terry Pratchett who subverts all of those supernatural systems for comic effect. And of course, there is a new generation of designers who will grow up on the likes of Brandon Sanderson and Steven Erikson. Mervyn Peake's Gormenghast books should not be overlooked either.

Certainly not the first cyberpunk novel, but possibly the most influential. Gibson's post-modern tale of hackers, criminal corporations and sentient AIs worked alongside Bladerunner to instil in game designers a new aesthetic of the future. No shiny spaceships and helpful robots, just noirish paranoia, busted up computer hardware, hard-drinking renegades and drugs. The anarchic, counter-culture feel of Gibson's works appealed to the bedroom programmers of the 80s and early 90s who identified with the author's damaged, technically brilliant protagonists, and with the assimilation of biological and computer organisms. Games like Syndicate, Beneath as Steel Sky and later Deus Ex, .hack// and Metal Gear Solid caught the vibe perfectly.

Alternatively: pretty much anything by Bruce Sterling, Neal Stephenson or Pat Cadigan. And from manga, Bubblegum Crisis, Ghost in the Shell and Appleseed.

Gears of War, Halo, Killzone, Quake ... all of them owe a debt to the concept of the space marine brilliantly realised in Heinlein's future war epic. He wasn't the first to write about the concept of a mechanised military defending humanity from invading aliens, but Heinlein captured many of the key elements that would go into the biggest sci-fi game. A troubled hero advancing through the ranks, an insect-like extra-terrestrial threat, a factional military... whatever you think about the archetypal video game space soldier, with his buzz cut, tribal tattoos and immense metallic body armour, it is one of the key images of this console generation, and his family tree goes back to this novel and its contemporaries.

Alternatively: Ender's Game by Orson Scott Card and EE Smith's Lensman series also deal with galactic war, mega weaponry and viscious aliens. And where would games be without those?