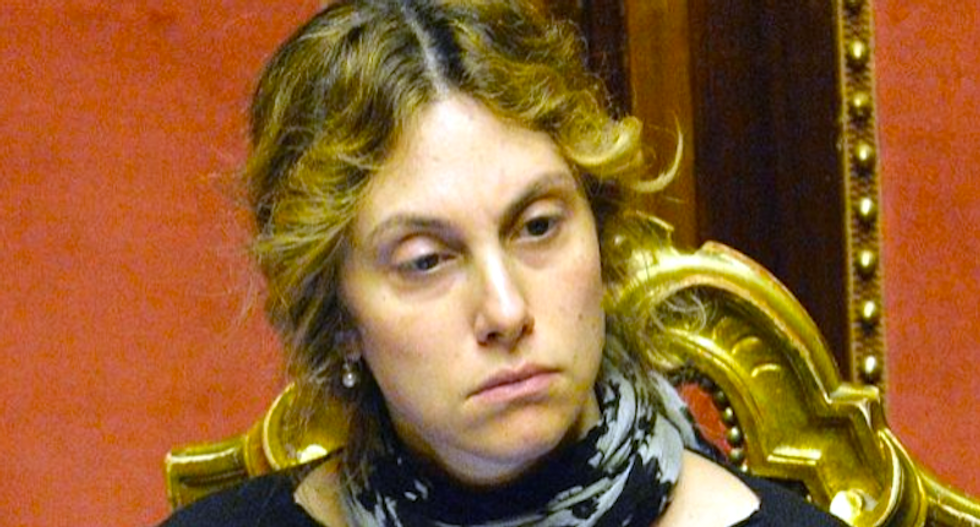 Pictures of one of Italy's most prominent female politicians eating an ice cream have whipped up a sexism storm after a magazine used them as an excuse to imply she must be proficient at oral sex.

Chi, a glossy weekly previously best known for publishing topless pictures of Britain's Duchess of Cambridge, published the snaps of Public Administration Minister Marianna Madia enjoying a gelato cone above the lewd headline: "She knows how to do it with an ice cream."

The nudge-nudge copy noted that Madia, who was sitting in the back of a car being driven by her husband was, allowing herself "a pleasurable break."

The article has triggered a storm of protest with numerous commentators condemning Chi editor Alfonso Signorini for helping to sustain a culture that refuses to take women in politics seriously.

"Everyone is responsible for who they are and what they do," Madia said in a scathingly restrained response to the article.

Rome mayor Ignazio Marino described Chi's reporting as "vulgar and sexist" -- a verdict widely echoed on social media, where many Italians, male and female, posted pictures of themselves eating ice creams featuring the slogan: "I know how to do it too," in support of the minister.

Signorini, who has recently published his autobiography and may not be overly bothered by all the attention, also faces a possible disciplinary rap by a journalist's body which is investigating whether he breached professional ethical guidelines.

Commenting on the storm, the editor insisted he had no regrets over what he termed an "irreverent" story.

The Madia row follows controversy last year after Prime Minister Matteo Renzi's inclusion of eight women in his first cabinet triggered an avalanche of media comment on their looks and dress sense.

When Maria Elena Boschi, the minister for reform, was photographed bending over to sign in as a member of the new government, Turin-based daily La Stampa commented that her figure recalled that of Pippa Middleton while mocked-up images of a thong protruding from the top of her trousers were widely circulated on the Internet.