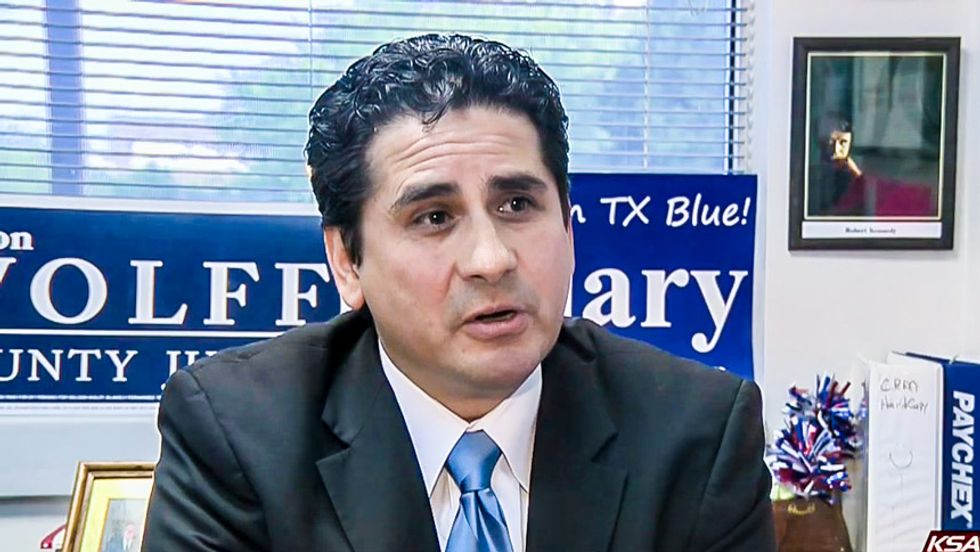 The Republican Party has planned to protest at Univision after the local Democratic Party ran an ad branding them "terrorists" over the way that Tea Party members took the law into their own hands to stop refugees from coming across the border.

The Spanish-language ad shows a Gadsden flag -- often called a “Don't Tread on Me” flag -- with an on-screen warning that it's "very dangerous."

“It's the flag of the tea party Republicans," a narrator says. "They are radical terrorists and they want to take matters into their own hands, affecting our children and families with violence and firearms on the border and in our cities.”

In an interview with KSAT, Medina refused to back down, pointing to images of militia groups taking vigilante action on the border to stop refugees who were fleeing violence in Central America earlier this year.

"These are tea party Republicans that are out terrorizing people along the border. It's a fact,” he added.

But Bexar County Republican Chairman Robert Stovall was offended by the comparison.

"I watched the ad and immediately was outraged," Stovall explained. "To think that the Democrat Party has become so desperate to take advantage of their own viewership in Spanish is insulting."

"When we think of domestic terrorists right now, we're thinking of someone who's been trained by ISIS or al Qaeda,” he pointed out.

San Antonio Express-News columnist Gilbert Garcia agreed that the Democratic ad was out of bounds.

"[A]s misguided and irresponsible as these self-appointed border vigilantes are, we might want to refrain from branding them “terroristas radicales” (as Medina's ad does), when we know it's a term that immediately conjures images of jihadists sneaking bombs onto commercial flights," Garcia wrote. "You can hate the tea party movement and still recognize the cynicism of a commercial that tells Spanish speakers a vote for a tea party-affiliated Republican is a vote for terroristic violence."

For his part, Medina has no plans to pull the ad before the election.