Infants found with ancient weapons and other offerings at 11,000-year-old Alaskan burial site 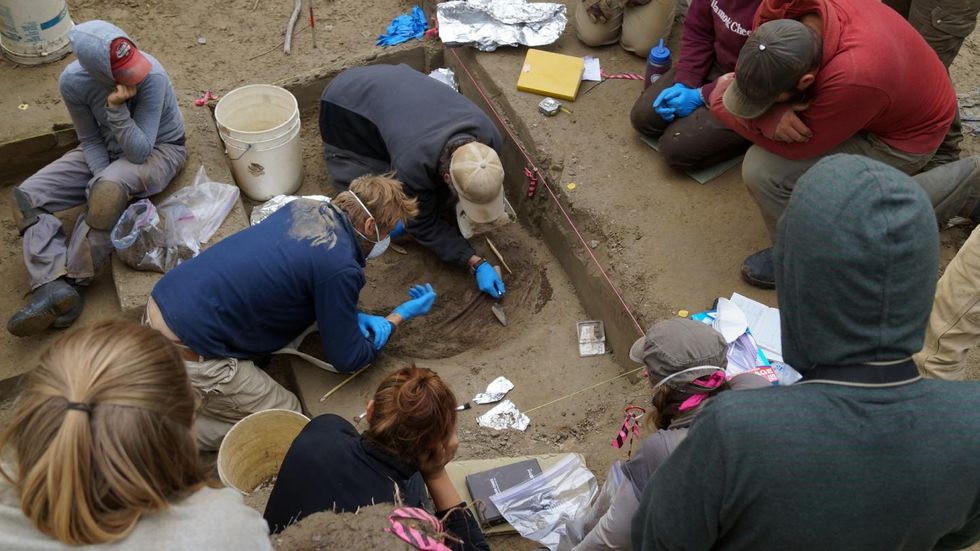 At an archeological site in Alaska, researchers found a pair of infant bodies that date to about 11,500 years ago.

According to a new paper published in the Proceedings of the National Academy of the Sciences, the two babies were buried with a cache of weapons and other offerings, giving scientists precious insight into the habits and customs of the people who inhabited the North American continent in ancient times.

A team of archeologists from the University of Alaska at Fairbanks led by lead researcher and author Scott Potter found the two bodies buried directly below the cremated remains of a 3-year-old infant from the same era. These finds represent the earliest known human remains on the North American continent.

Potter said in a press release that the discovery provides a wealth of information about the people of the era.

"Taken collectively, these burials and cremation reflect complex behaviors related to death among the early inhabitants of North America," he explained.

The presence of hafted edges on the weapons buried with the infants -- one who died a few weeks after birth and another who died in utero -- indicates that the humans of the era made use of tools and edged instruments for hunting, preparing food and building.

The infants appear to have been buried in the summer, Potter said, due to the presence of wide variety of food and plant offerings left with the bodies. A salmon-like fish and a number of leaves and vegetables would seem to indicate that the infants' tribespeople were not afflicted by starvation or lack of resources.

The two babies were buried about 15 inches below the residential hearth where the cremated remains of the 3-year-old were found. Scientists analyzing the soil at the site say that all three children could have died and been interred within a single year.

All of the burials took place under the roof of what is believed to have been a single residential structure, indicating to the research team that the inhabitants of the region were less nomadic than previously believed.

While it appears that food resources were abundant, Potter and his team wrote, the burials raise questions about the children's deaths.

"The deaths occurred during the summer, a time period when regional resource abundance and diversity was high and nutritional stress should be low, suggesting higher levels of mortality than may be expected give our current understanding" of how the people of the era lived and died.