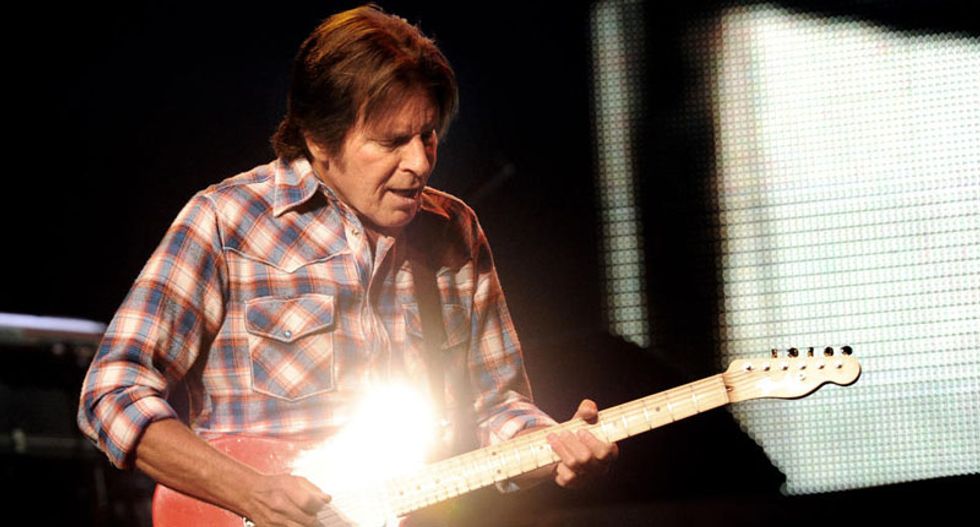 John Fogerty has staunchly defended fellow rockers Bruce Springsteen and Dave Grohl for performing his anti-war anthem "Fortunate Son" at a concert for US veterans after outrage among some conservatives.

Springsteen was among an array of stars who performed before hundreds of thousands of people Tuesday on Washington's National Mall at "The Concert for Valor" honoring America's veterans.

"Some folks are born made to wave the flag / Oh, they're red, white and blue / And when the bands plays 'Hail to the Chief' / Oh, they point the cannon at you, Lord," runs the song's first verse.

The rendition at the Veterans' Day concert drew fire from some conservatives. The Weekly Standard magazine, on its blog, called the song a "terrible choice" for an "ostensibly pro-military" concert.

But Fogerty, who was drafted during the Vietnam War and served in the Army reserves, stood by the choice of "Fortunate Son" and said he was "proud that the song still has resonance."

"Years ago, an ultra-conservative administration tried to paint anyone who questioned its policies as 'un-American.' That same administration shamefully ignored and mistreated the soldiers returning from Vietnam," he wrote on his Facebook page late Wednesday.

"As a man who was drafted and served his country during those times, I have ultimate respect for the men and women who protect us today and demand that they receive the respect that they deserve," he wrote.

Springsteen also performed his seminal hit "Born in the USA," another take on the plight of Vietnam War veterans.