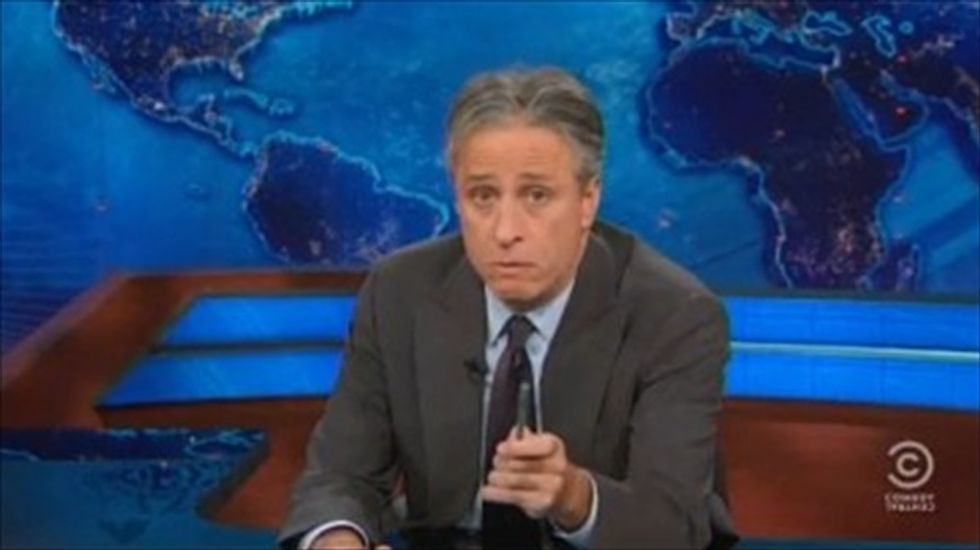 "I guess now we know Governor Christie's presidential ambition is the one thing he won't put in a tiny crate," Stewart said.

The bill would ban the use of "gestation crates" for breeding pigs in the state. The crates are designed to keep sows separated from each other and facing in one direction during their four-month pregnancies. NJ.com reported that the bill has little effect in Christie's own state, since there are not many pigs there.

However, Christie vowed to veto the bill during a recent trip to Iowa, a pork production hotspot and the site of the first presidential caucuses in 2016.

"Let me get this straight: purely to advance his personal political goals, Chris Christie's gonna veto a bill almost unanimously supported by the people of New Jersey," Stewart said. "Which is weird, considering the kind of guy Chris Christie always says he is."

Stewart then played clips of Christie insisting his job "is to stand up for the people of New Jersey" and criticizing attempts to put politics ahead of what they want.

"With of course the obvious exceptions of bridges and pigs -- f*ck them, " Stewart said in a heavy New Jersey accent.

On the bright side for Stewart, it gave the first-time movie director inspiration for a new project.

"Next movie idea: Iowa-based sci-fi thriller, Rise of the Planet of the Pigs," Stewart said into a tape recorder. "'This summer, go hog-wild, and save your bacon.'"