Jon Stewart on GOP's promises of bipartisanship: 'Who the f*ck are you people?' 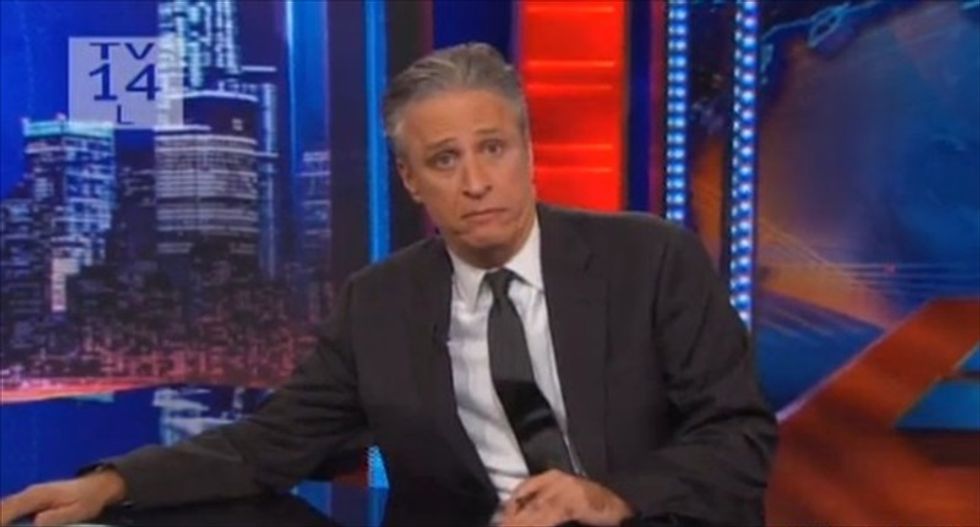 "Who the f*ck are you people?" Stewart asked. "I gotta tell ya, that sound byte would probably have been better not coming from the guy who, for the past six years, has been one of the sole owners and operators of this country's perpetual conflictionator."

However, Stewart's team also criticized Democrats for allowing the GOP to deliver what he called "a tectonic skull-f*cking," complete with a graphic showing an elephant mounting a donkey.

"By the way, that is the new congressional seal," he said, pointing at the image. "Feel free to print it out, put it on your backpacks, and show people at your grade school that you're interested in politics."

Stewart got into an argument with correspondent Jordan Klepper when Klepper tried to give the Republicans credit for successes achieved under the Democrat-controlled Senate.

"If Democrats had accomplished all of that, they would have been out there bragging about it for months," Klepper said. "It would have been the central message of their campaign instead of their actual message, which was like, 'We're sorry, don't be mad! We don't like Obama, either -- we like guns, too.'"

Meanwhile, Jessica Williams told Stewart that the GOP's success with a younger, more diverse field of candidates had stolen the Democrats' essence.

"They are Single White Female-ing the Democrats," Williams said.

"So what do they do?" Stewart asked, pointing out that the Democrats have always been about "identity politics."

"They need to dig deeper -- get the minorities within the minorities," Williams said. "Pansexual Whole Food shoppers with dreadlocks. Korean lesbian florists."