Jon Stewart tells CNN host: Your network is like 'the doll Chucky... watch out for bad Chucky' 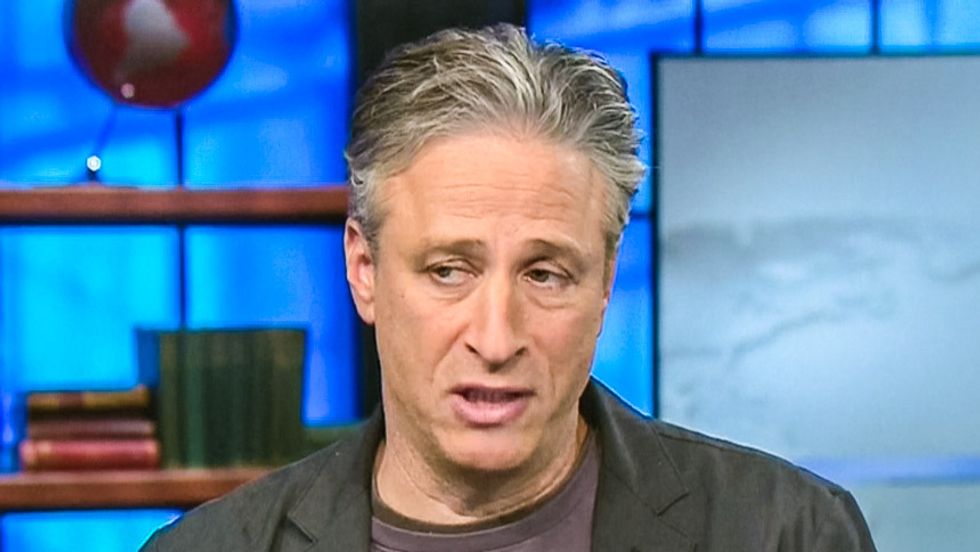 In a recent interview, CNN host Fareed Zakaria made the mistake of trying to corner The Daily Show's Jon Stewart into praising his network.

"When world historical events like the Green movement, the Arab Spring are happening, you turn on CNN and watch these brave correspondents?" Zakaria asked Stewart in an interview that aired on Sunday.

"Here's what I do," Stewart replied. "I set a Google alert for Blitzer. And then, I just wait. 'We have a CNN exclusive tonight. The Empire State Building is blue.'"

"During the Green Revolution, you watched CNN and appreciated the brave reporting," Zakaria insisted.

"Let me tell you something," Stewart said. "The reason why I make fun of certain aspects of CNN is to be inspired by the brave reporting, is to want more. And so, that's all it is."

"I want more of good CNN," Stewart explained. "CNN is very similar to the doll Chucky. Sometimes it's good Chucky, but you really got to watch out for bad Chucky."