Jon Stewart: The 'success story' of this year's midterm elections was Big Money 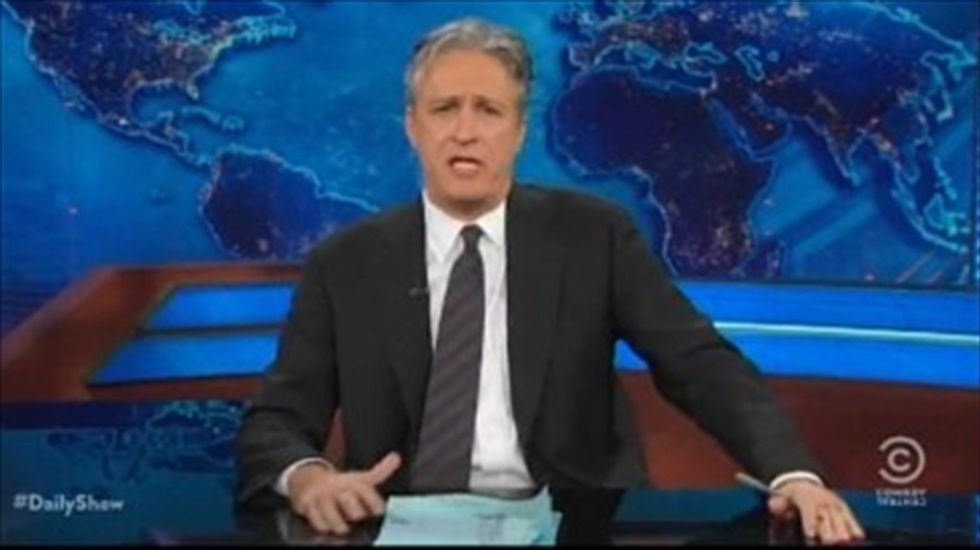 The fight between money and ideas in this year's midterm elections, Daily Show host Jon Stewart said on Tuesday night, turned into something out of Game of Thrones' "Red Wedding."

"Quite a success story tonight for money," he told correspondent Jason Jones as the results continued to come in.

"Such a turnaround from just a few years ago, when many denominations faced discrimination," Jones said, before becoming emotional. "I still remember the days when people spoke openly about banning money from the political process. Well, tonight, $6.5 billion later, those people aren't talking. Money is."

Meanwhile, correspondent Samantha Bee confirmed to Stewart that ideas had placed a call -- collect -- to money to concede the race.

"Ideas is in rough shape," Bee told Stewart, adding that many voters were not even aware they were running this year.

"They certainly didn't show up to any debates," she said.

And big money is only getting started, as "Money" (former correspondent Rob Riggle) said while handling a celebratory champagne bottle.

"2016 is gonna make 2014 look like a fat cheerleaders' car wash," he boasted. The outburst made Bee complain that money was an "a*shole" for a moment, before she had some cash dangled in front of her.

"You know you want it," Riggle taunted Bee, who eventually gave in and took the cash.