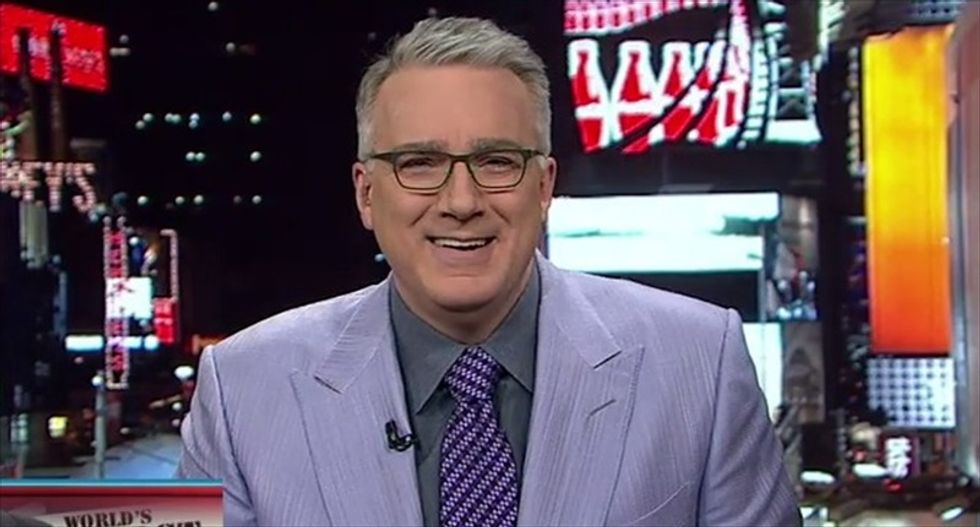 ESPN host Keith Olbermann was only too happy to name Fox's Bill O'Reilly his "World's Worst Person in Sports" on Wednesday, as he dissected O'Reilly's portrayal of himself as a former star athlete.

"This is fun," Olbermann -- who regularly blasted O'Reilly during his tenure at MSNBC -- said. "This brings back memories. I'll stick to his stories about sports and how great he was and how all his teams in high school and college were virtually undefeated."

O'Reilly brought up his athletic prowess during a radio interview with Olbermann's colleague Dan Le Batard on Monday, saying he played on the varsity football team at Marist College.

"We were undefeated our senior year," O'Reilly said. "That was a pretty good deal."

Unfortunately for O'Reilly, Le Batard pointed out that, as Olbermann reported in 2005, Marist did not field a varsity football team until 1978 -- seven years after he graduated. In reality, O'Reilly played on a club team.

"It was varsity football in the sense of that we played Georgetown, Catholic U., Fordham, Manhattan, Iona," O'Reilly told Le Batard after refusing to acknowledge Olbermann. "So, you know, look. You know what it is, guys, you know what it is."

"We do now," a grinning Olbermann said on Wednesday. "I still own your head, Bill."

O'Reilly, a longtime New York Mets fan, also told Le Batard that he was also approached by the team during his senior year at Marist after trying out for them, only to be quickly upstaged.

"A guy walked out on the mound next to me, out of the right field bullpen, and started throwing, and I looked all over," O'Reilly said. "He was about 5'10". He threw twice as hard as me. Tom Seaver. His rookie year. I didn't know who he was, just blew me off the mound."

Besides the fact that Seaver is 6-foot-1, Olbermann explained, the claim doesn't line up with other aspects of O'Reilly's biography.

"Seaver's rookie year was 1967, when Bill O'Reilly had just turned 18," Olbermann said. "In his biography, O'Reilly put the alleged Met tryout in his senior year of college, 1970 or '71, by which point the Mets had already won the World Series, and Seaver had already won the Cy Young Award. The only part of this story he hasn't changed is that he -- 'lifelong Met fan' -- did not recognize Tom Seaver."

Watch Olbermann's commentary, as posted online on Wednesday, below.