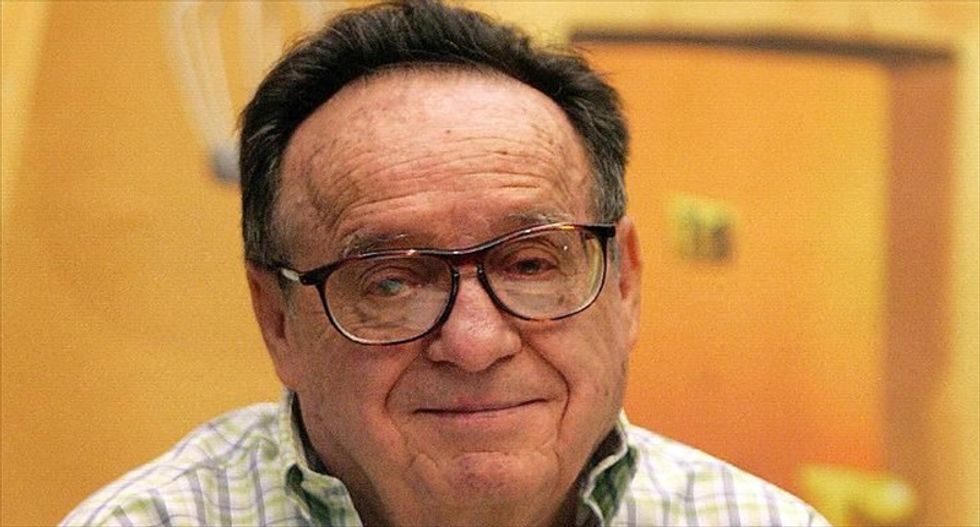 Mexico's iconic television comedian Roberto Gómez Bolaños, who enchanted generations of Latin American children by playing an orphan who lived in a barrel and a goofy superhero, died Friday aged 85.

Gómez Bolaños died in the Caribbean coast resort of Cancun, where he retired years ago due to respiratory illnesses, said the Televisa network, where the actor spent his entire career.

The cause of death was not given.

Gómez Bolaños -- whose nickname Chespirito meant "Little Shakespeare" for his short stature and prolific writing -- created some of the most popular television shows in the history of Latin America.

In "El Chavo del Ocho" ("The Kid from the Eight"), Gómez Bolaños played a mischievous orphan who always wore a hat with ear flaps and slept in a barrel in the courtyard of a working-class housing complex.

Another famous character was "Chapulin Colorado" (Red Grasshopper), a red-hooded superhero with antennas and armed with a yellow and red hammer.

His shows had millions of viewers from Mexico to the Andes and the tip of South America, as well as in Portuguese-speaking Brazil.

Tributes poured in shortly after his death was announced.

Edgar Vivar, an actor in "El Chavo del Ocho," was in tears as he spoke about his friend on Televisa.

"I'm in a state of shock. I didn't think that it would affect me so much," Vivar said. "I will always remember him with a smile."

Born to a Mexico City middle-class family on February 21, 1929, Gómez Bolaños grew up dreaming of being a football player, but he also showed a knack for boxing in school.

His father, a painter and illustrator for newspapers, died when Gómez Bolaños was eight years old.

He studied engineering but, at the age of 22, he began to write ads for an advertising company before writing radio, television and film scripts.

His television show Chespirito, which began to air when he was 40 years old, was on the air for 25 years.

His comedies masked deep fears that haunted him since childhood.

"Courage does not consist in lacking fear, but overcoming fear," he once said. "The Red Grasshopper knew that he was small, weak, stupid, clumsy. (...) But he would confront problems. That's a hero."

Gómez Bolaños is the father of six children he had with his first wife.

He spent the last years of his life with his second wife, Florinda Meza, who played Doña Florinda, a grumpy, apron-wearing housewife with curlers in her hair in "El Chavo del Ocho."