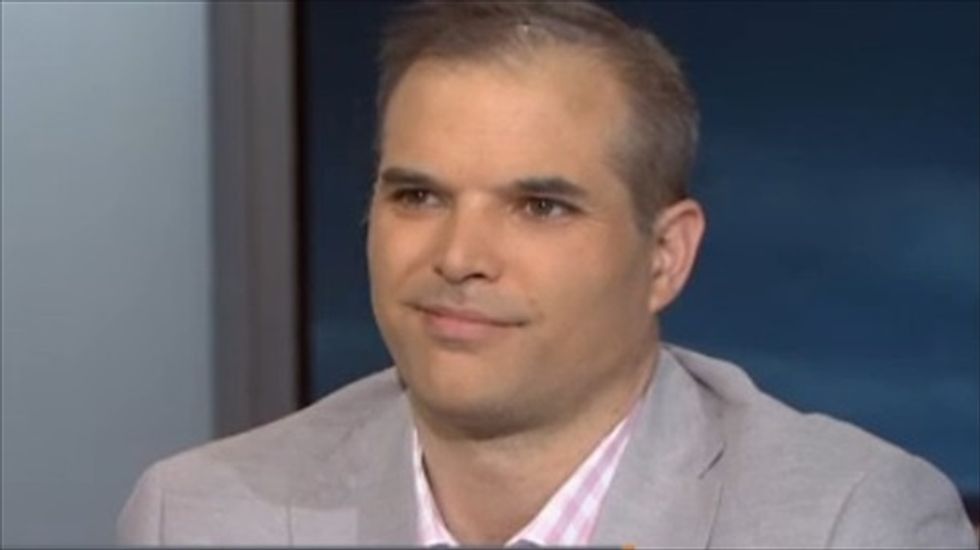 Journalist Matt Taibbi and attorney Alayne Fleischmann, who blew the whistle on the financial malfeasance at JPMorgan Chase, criticized the Justice Department on Friday for crowing over its handling of the industry's offenders.

"They brought a bunch of settlements and they collected a bunch of money, but there isn't a single individual, in this entire tableau, who is actually individually paying any kind of penalty for any of these misdeeds," Taibbi told Democracy Now hosts Amy Goodman and Juan Gonzalez. "All of that money came out of the pockets of shareholders. No executives had to pay a fine. No executives had to do a single day in jail. There were not even charges filed against any individuals."

Fleischmann, who had been barred from speaking about the JPMorgan Chase case because of a confidentiality agreement, came forward for a story by Taibbi that was published in Rolling Stone earlier this week.

"I could be sued into bankruptcy," she says in the article. "I could lose my license to practice law. I could lose everything. But if we don't start speaking up, then this really is all we're going to get: the biggest financial cover-up in history."

Fleischmann told Goodman on Friday that she refused to go to the press sooner out of a belief that government investigators would follow through on their pursuit of a case against JPMorgan Chase executives for knowingly trading in deficient mortgage loans. But over time, Fleischmann said, officials focus on reaching settlements with big banks instead of punishing the people who did wrong. She also said that the issue had become bigger than her willingness to comply with any confidentiality agreement.

"Even right now, there are still all sorts of suits out there by private investors, retirement funds, pension plans, trying to get their money back," she said. "And in a lot of cases, they don't know that I have information. So I actually now have, in my email, contacts coming in, asking for help from me, so that they can get this money that was really stolen from their investors, these retirees, back to those people. So, for me, that's more important than anything that's going to happen to me."

JPMorgan Chase agreed last October to pay a $13 billion settlement for its actions. Taibbi said in his article that, instead of using Fleischmann's knowledge as the basis of a thorough prosecution, Attorney General Eric Holder used it to leverage a bigger settlement out of the company's CEO, Jamie Dimon.

Taibbi also argued on Friday that the settlement amount does not hold up to further examination.

"There's a couple of really important factors here," he said. "One is that $7 billion of that -- it's $7 billion, right? -- was tax-deductible, which means that all of us, American citizens, anybody who pays taxes, actually picked up the check for about $2.4 billion worth of the settlement. So we paid part of that settlement, which is crazy. I mean, the ordinary person, if we get a speeding ticket, we can't deduct that when we go to pay our taxes. But these people cratered the world economy, and they get to write a tax deduction for it."