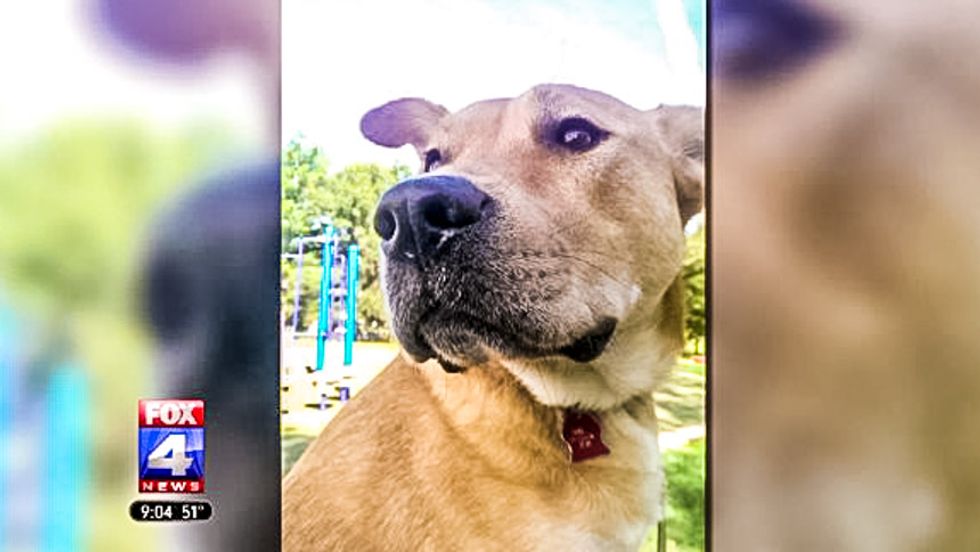 A Missouri man is reportedly facing municipal charges after he shot and killed a therapy dog owned by a teen with Asperger syndrome.

Hannah Guzman, 14, told WDAF that her dog, Tobee, got loose on Saturday and was killed by her neighbor.

Guzman said that her grandfather heard a gunshot at around 8 a.m., and found the dog outside underneath a sheet. Tobee had been shot in the neck, but he was still alive and gasping for air at that point.

“The dog was in his yard or somewhere," Guzman explained. "The neighbor went into his house, got his gun, and came back out and shot my dog.”

Doctors were unable to save the family pet, and he was euthanized later that day.

According to HealthDay, multiple studies have found that therapy dogs can boost social interaction, and calm with autism spectrum disorders (ASDs) like Asperger syndrome.

“He was like a therapy dog to me, honestly," Guzman said. "I get really stressed out. School is stressful, life is stressful, and that dog was always there for me. He was just really important to me."

“He has our phone number; he could’ve called the police, animal control," she added. "We probably would’ve been willing to pay the fine for him being loose.”

WDAF's Megan Dillard reported that she was surprised to find that the neighbor owned a dog of his own.

“That’s probably the most disgusting part of it to me," Guzman agreed. "As someone who owns a dog, I couldn’t imagine hurting anyone else’s dog, unless that dog was already hurting me.”

As for the neighbor, he told WDAF that he was "defending his family" by killing Tobee, but he would not go into details about how his family was threatened by the dog.

KCTV5's Nathan Vickers also tried to get the man to tell his side of the story.

"Go away, or I will call the police!" the man shouted to Vickers from inside his home.

Both WDAF and KCTV reported that Kansas City police had arrested the neighbor, whose identity was not released. Additional details about the arrest were not immediately available.