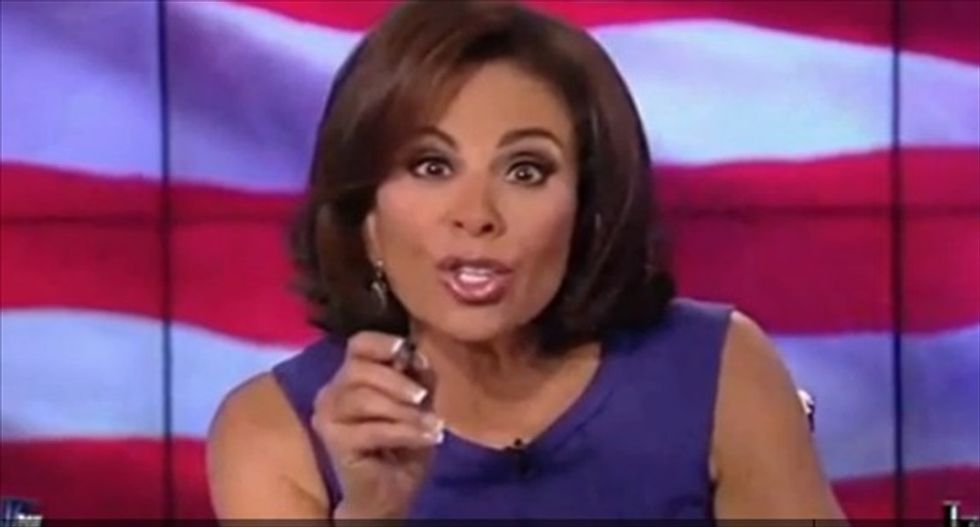 MSNBC host Chris Hayes marked the official containment of the Ebola virus in the U.S. on Tuesday with a tongue-in-cheek look back at the panicked approach many of his fellow cable news hosts took in covering the issue.

"Public health experts said all along that Ebola would very likely be contained in the U.S.," Hayes said. "You know, I think that's why all the commentators and pundits were so calm and rational about Ebola, instead of panicking or trying to score political points."

Hayes noted that New York City physician Craig Spencer was released from a local hospital earlier in the day. Meanwhile, Maine nurse Kaci Hickox, who was detained in New Jersey by order of Gov. Chris Christie (R) despite not showing symptoms of the virus, had reached the end of her 21-day self-monitoring period with a clean bill of health.

To honor the occasion, Hayes then showed a montage of anxious Fox News and CNN hosts covering the virus, ranging from Bill O'Reilly demanding an end to travel from Western African countries to Don Lemon and others wondering if the concern over the virus represented President Barack Obama's "Katrina moment," ending with Fox's Jeanine Pirro denouncing critics by asking, "You don't want us to panic, how 'bout I don't want us to die?"

"Well done, everyone, take a bow," he said sarcastically after the footage. "I'm so glad all of us, everyone, collectively, kept our cool."

Watch Hayes' "tribute" to Ebola coverage, as aired on Tuesday on MSNBC, below.

The world's most expensive painting, the "Salvator Mundi", may be the work of Leonardo da Vinci after all, with several media reports contradicting doubts raised in a French documentary.

The painting of Christ has not been seen in public since it was bought for $450 million by the Saudi royal family at a 2017 Christie's auction.