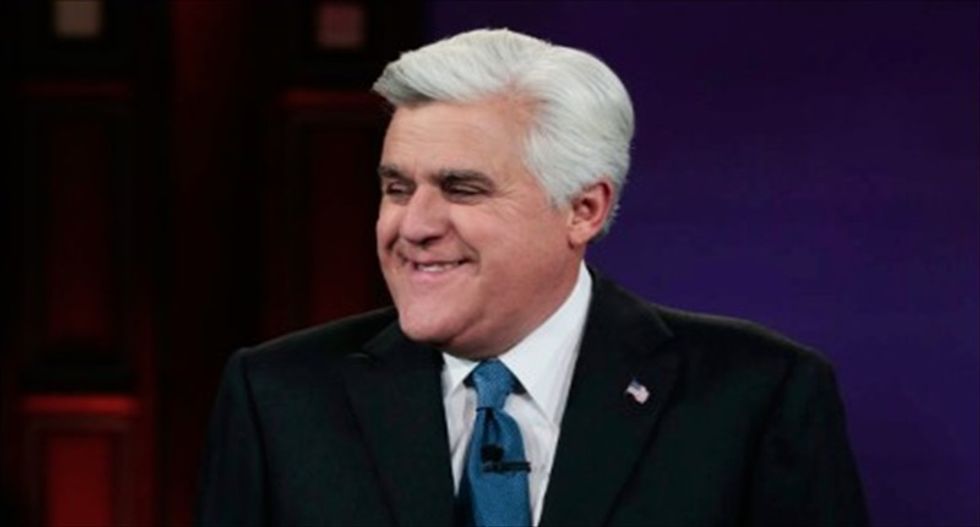 Comedian Jay Leno canceled an appearance for a gun lobbyists' group after pressure from an advocacy group formed in the wake of the 2012 mass shooting in Newtown, Connecticut, Mother Jones reported.

"I understand it's Newtown, and of course I get it," Leno said about his decision not to perform for the National Shooting Sports Foundation (NSSF) in January. "It's just sometimes, mistakes get made."

Leno was originally booked to appear at the "State of the Industry" dinner during the NSSF's Shooting, Hunting, Outdoor Trade Show (SHOT) event in Las Vegas. Laughspin reported that ticket packages for the event were being sold for as much as $1,250.

The foundation is based out of Newtown, Connecticut, site of the mass shooting that resulted in the deaths of 20 Sandy Hook Elementary students and six adult staff members. But another organization, the Coalition to Stop Gun Violence, posted a petition online urging Leno to reconsider the show.

"By lending his name to the NSSF, he is helping to legitimize a crass commercialism which values profit over human lives," the petition stated. "The SHOT Show is the largest firearms trade show in the world. Its sole purpose is to allow manufacturers to market their wares; and it provides no voice to those whose lives have been destroyed by a loosely-regulated industry. Gun violence is not a joke, Mr. Leno. Cancel your appearance at the 2015 SHOT Show immediately."

One of the groups in the coalition was the Newtown Action Alliance, whose chair, Po Murray, reportedly spoke to Leno on Wednesday. Murray's children are all past Sandy Hook graduates.

The NSSF has not commented on Leno's cancellation. His show was still being advertised on its website as of Wednesday evening.