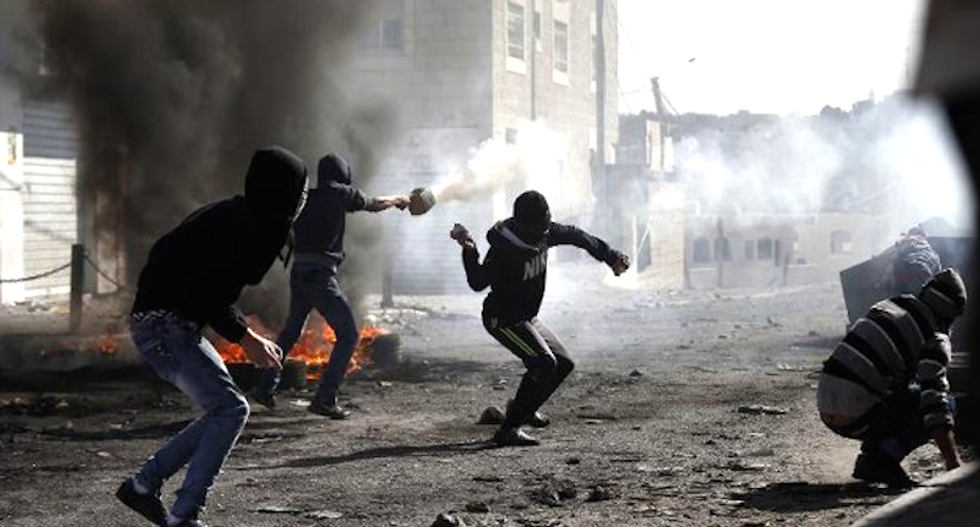 The stench of tear gas, burnt tyres and "skunk" riot control liquid fills the air in an east Jerusalem district shaken by months of clashes between Palestinian youths and Israeli forces.

Along with the foul odours there is a sense of despair in Issawiya, a neighbourhood of 20,000 people where a lack of prospects for young Palestinians fuels frustration and violence.

"The youths here have no future. The town has no future," local council member Mohammed Khader Abu el-Hummus told AFP.

Issawiya, which lies in a valley east of the Hebrew University on Mount Scopus, has been the scene of near-daily clashes since July, when Jewish extremists burned alive a Palestinian teenager in revenge for the killing of three Israeli teenagers in the West Bank.

Then a 50-day war in Gaza between Israel and Hamas killed nearly 2,200 Palestinians, almost a quarter of them children, as east Jerusalem was rocked in protest.

Local activist Raed Abu Riyaal said that since July, 150 youths -- including minors -- had been arrested for violent clashes with police.

Fearing a wider outbreak, police have combined forces with the Jerusalem municipality to crack down, fining residents for previously ignored misdemeanors, from parking and traffic to business and construction violations.

But far from quelling tensions, the Israeli measures -- along with the police closure of three of the district's four entrances with concrete blocks -- are perceived as unjust punishment for the youth uprising.

"This is collective punishment," Abu Riyaal said, noting the difficulties the town's 3,000 youths now face on their way to high school.

Residents have appealed to Israel's supreme court against the closure, with the state due to file its response by Wednesday.

At a new makeshift police camp at the entrance to Issawiya on Thursday, officers put on helmets and riot gear while others mounted horses.

A surveillance balloon, recently launched by the Jerusalem municipality, loomed in its fixed spot overhead.

A senior policeman was telling local leaders in Arabic that parents were responsible for their children and they must keep them at home to prevent clashes.

Residents of the district had traditionally been farmers, but Israeli expropriations of lands for nearby settlements and roads have reduced their lands from 3,100 acres (1,250 hectares) to 500 on which they live.

Israeli authorities also plan to use land near Issawiya for a national park -- a move critics say is designed to prevent the expansion of the crowded neighborhood.

The main entrance leading to the next-door Israeli settlement of French Hill, where many residents of Issawiya work, has been cut off by concrete blocks.

At a recent demonstration, hundreds of marchers called for an end to the restrictions.

Most were locals, but there were also Israeli activists who turned out to show solidarity with the people of the Issawiya.

As they marched they held up signs reading "No to collective punishment" and "You are turning Issawiya into a big jail."

"We can't work anymore. There are non-stop clashes," Abu Abed al-Joabe, a baker, told AFP. "The locals don't come to buy, and we can't send our goods out of Issawiya."

The large glass vitrine to Joabe's bakery, located not far from the besieged entrance to the town, was shattered by stun grenades, and his laborer was wounded by a sponge round fired by police during a clash.

"We're baking less than half of what we used to now," he said. "We're thinking of closing down."

The Jamjum family's house caught fire after being hit by tear gas canisters and stun grenades.

Moatasem, 39, recounted taking his paralyzed father from bed and rushing him to the nearby Hadassah Mount Scopus hospital as firefighters battled the flames.

"When I returned from hospital, the house had been totally burnt," he said.