Pat Robertson: God says I can drive my Corvette over 100 mph on public roads 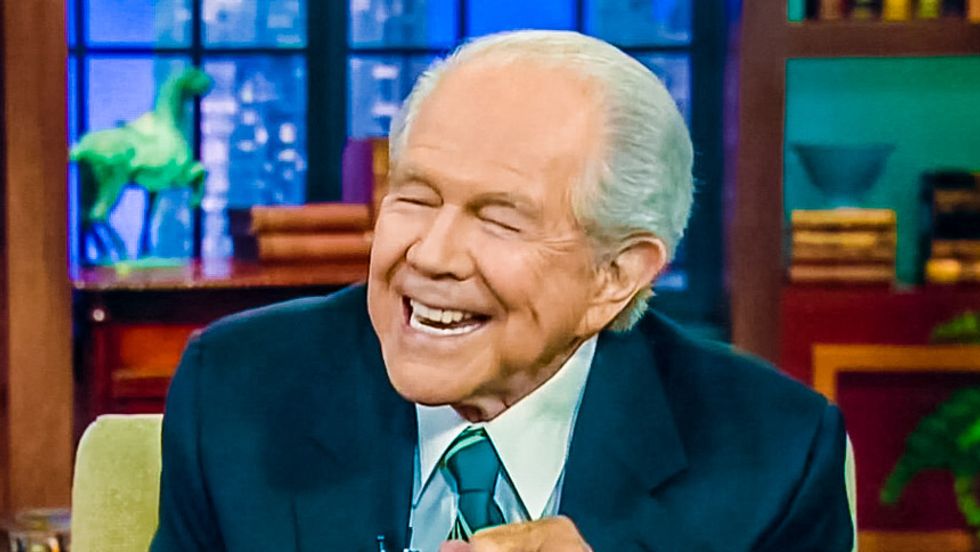 Televangelist Pat Robertson likes to drive fast, and he says that God has given him permission to ignore the speed limit.

On Thursday's edition of The 700 Club, a viewer asked Robertson if her husband was sinning by driving over the speed limit.

"My husband insists on speeding even when he's on time," the viewer named Nora explained in an email. "In the last 2 years, he's gotten 4 speeding tickets and our insurance has gone up. He doesn't feel that God cares if we speed."

"You're asking a guy that had a Corvette with a 430 horsepower engine, who is now driving a car that has about a 650 horsepower engine," Robertson laughed. "Who also drove 30 laps around the Charlotte Motor Speedway in a stock car."

"I don't get tickets, I pay attention," he continued. "But there was one night up in the mountains, when it wasn't anybody around a four-lane highway late at night, and I did get that little bug up a little over 200 mph."

"But in an open stretch of road, you go to Texas, I think some areas, there's no speed limit at all," he added. "There are times when police do pick you up, but I better not say any more."

"But the whole idea of traffic -- it is... sin or not sin -- it is to regulate the flow of traffic to keep people from hurting each other."

Robertson suggested that drivers in some countries -- like Portugal -- were sinning because their driving was "nuts."

"A guy you'll be driving with, he'll be driving along at 50-60 mph, he'll get to an intersection and thinks all he's got to do is blow his horn," he opined. "And just keep on going. So you asked me a question, and my answer to that question is don't imperil anybody else with the way you drive a car, and be careful."