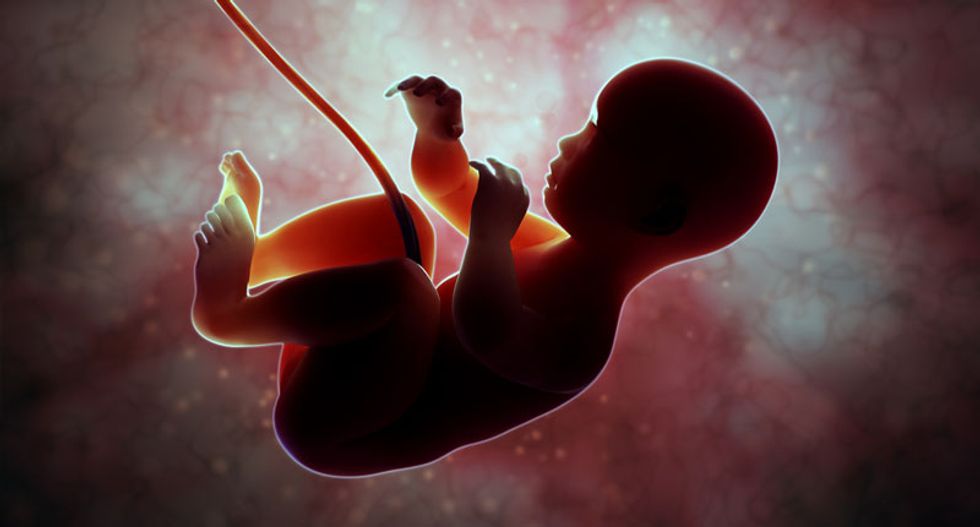 Human fetus inside the womb (Shutterstock)

A month ago, North Dakota's Measure 1 looked like a winner. The proposal sought to enshrine "the inalienable right to life of every human being at any stage of development" in the state constitution. It was up 17 points in the polls.

But on November 4, Measure 1 was crushed, and with it the hopes of both the state's Catholic hierarchy and the national band of activists who make up what has become known as the personhood movement. A proposed Colorado amendment with similar aims also went down to defeat.

The takeaway? Despite the efforts of its firebrand supporters, personhood 2014 the principle that an embryo is a human being from the moment of conception 2014 remains an idea whose time may not yet have come, at least at the ballot box.

The loss in North Dakota was particularly disappointing to the measure's supporters because it was so decisive. Not only did Measure 1 muster a mere 36 percent of the vote on Tuesday, it also seems to have contributed to the defeat of two of the state's most right-to-life legislators, including the Republican freshman senator who introduced the amendment in 2013.

"North Dakotans have made clear they don't want to waste taxpayer money taking up these constitutional measures," Dina Butcher, a Republican former lawmaker who headed the North Dakotans Against Measure 1 campaign, told the Associated Press. "People just don't want that kind of zealotry."

It seems just as likely that voters had no clear idea what Measure 1 would actually do. The amendment's chief legislative sponsor originally said her goal was "a direct challenge" to the Supreme Court's 1973 Roe v. Wade decision, then backed off that claim. More recently, supporters said that their sole aim was to shore up the state constitution to protect existing abortion requirements such as parental notification, mandatory waiting periods, and a ban on sex-selective abortions.

But those arguments might have lost steam in late October by what otherwise was good news for the state's pro-lifers: North Dakota's Supreme Court upheld a tough new law effectively banning abortions via medication.

Meanwhile opponents had spent weeks warning that Measure 1's vagueness and broadness 2013 "any stage of life" 2014 could have serious unintended consequences. The state's three in vitro fertilization (IVF) doctors said the amendment would force them to shut their Fargo clinic. Reproductive health advocates warned of new barriers to care for rape victims and women suffering pregnancy emergencies. Those concerned with end-of-life care raised the possibility that the amendment would confuse doctors and families, undermining living wills, advance directives, and do-not-resuscitate orders.

"Scary as heck" is how Republican state Rep. Kathy Hawken of Fargo summed up the measure last month.

That characterization, battle-tested in other personhood campaigns around the country in recent years, has proven extremely effective. In 2011, for example, voters in strongly anti-abortion Mississippi rejected a personhood measure that, like North Dakota's, had once seemed sure to win, citing worries about the implications for IVF and birth control, among other things. On Tuesday, Coloradoans voted down Amendment 67, which would have included unborn human beings under the definition of "person" and "child" throughout the state's criminal code, a variation on measures that failed in 2008 and 2010.

The North Dakota defeat also seems to reflect a deep skepticism about the personhood strategy 2013 trying to provoke a legal fight to determine the legal rights of the unborn once and for all 2014 within the more mainstream pro-life movement. Those who prefer a more calibrated approach to undermining Roe fear that personhood fights could provoke a backlash.

In a statement issued late Tuesday, ND Choose Life tried to put the best face on its defeat. "We did not win a political battle tonight," the group said, "but we have captured a great deal of ground as a result of the campaign, and we are well-positioned to win the war for life in North Dakota in the future."

As for abortion foes in other states who might be itching to amend their constitutions, Tennessee now seems a more likely role model. Voters there passed Amendment 1, which would eliminate all constitutional language protecting the right to abortion, allowing lawmakers to start passing the kinds of regulations and restrictions that have become commonplace in other states.

Christopher Dodson, executive director of the North Dakota Catholic Conference, which provided much of the financing for Measure 1, thinks the two state amendments are comparable. "They've taken different approaches," he said in a recent interview, "but they do the same thing."

Related coverage: Read more about money and strategists that shaped the Measure 1 campaign in North Dakota.

Help us investigate: Have you observed workplace discrimination against pregnant women or new mothers? Share your story.