Radio host: Men forced to rape when women 'whip up' a 'huge amount of energy in the male body' 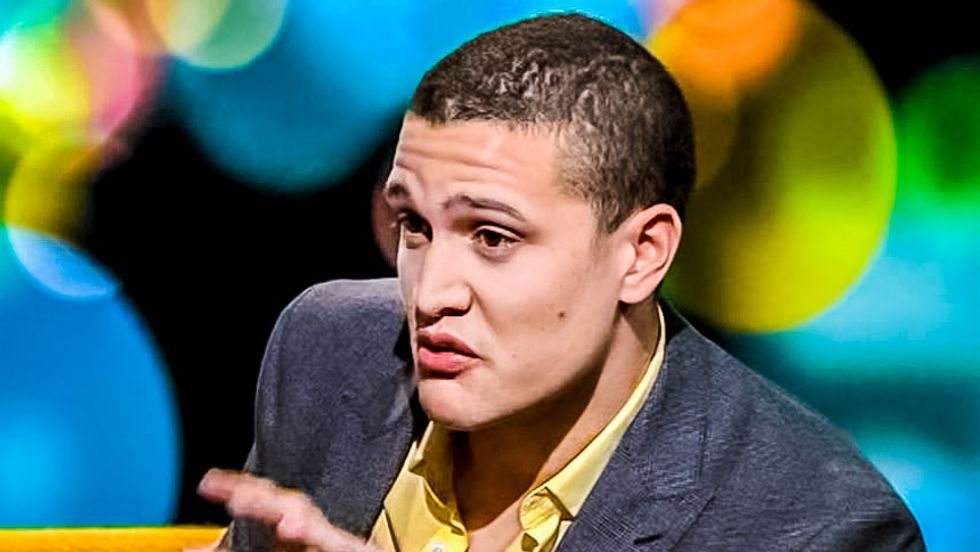 A British radio host has apologized for suggesting that women were at fault for rape because they "whipped" up a "huge amount of energy in the male body."

During his Monday radio broadcast for the BBC, host Nick Conrad defended Welsh athlete Ched Evans, who recently was released from jail after serving over two years for the rape of a 19-year-old woman. He has since returned to training with his English football club, Sheffield United.

"I think women need to be more aware of a man's sexual desire that when you're in that position that you are about to engage in sexual activity there's a huge amount of energy in the male body, there's a huge amount of will and intent, and it's very difficult for many men to say no when they are whipped up into a bit of a storm," Conrad said during the Monday broadcast.

"It's the old adage about if you yank a dog's tail then don't be surprised when it bites you," he added.

Conrad argued that feminists had "hijacked" the discussion about rape, and that they had neglected "that very important part of the argument."

"In their fury against men and masculinity they actually forget to stop and say if you tease, if you jump into bed naked with a man, if you give him all the signals and then he acts upon them, then you are partially responsible," he said.

"If you don't wish to give out the wrong signals it's best probably to keep your knickers on and not get into bed with him."

For its part, the BBC insisted that no one had complained, but said that Conrad "has apologised for any offence that may have been caused."

Katie Russell of the group Rape Crisis England pointed out that the remarks made it "clear that there are still a number of pervasive and harmful myths around sexual violence in our society, as well as a lot of sexism."

"The idea that men's sexual desires render them incapable of taking responsibility for their actions, or of respecting another person's right to choose what happens to their body, is unfounded, outdated and offensive to men," she explained. "The idea that women should take responsibility for men's sexuality is equally insulting to both men and women and, in this context, fails to put the blame for sexual violence squarely where it belongs, that is solely and entirely with its perpetrator."

She warned that rape victims often did not report rapes for fear of not being believed, and people with a public platform like Conrad could make the situation worse.

"People in the public eye making ignorant comments such as these only compounds those fears," she noted.