Rand Paul freaks out on workplace equality enforcer: 'How do you show up to work?' 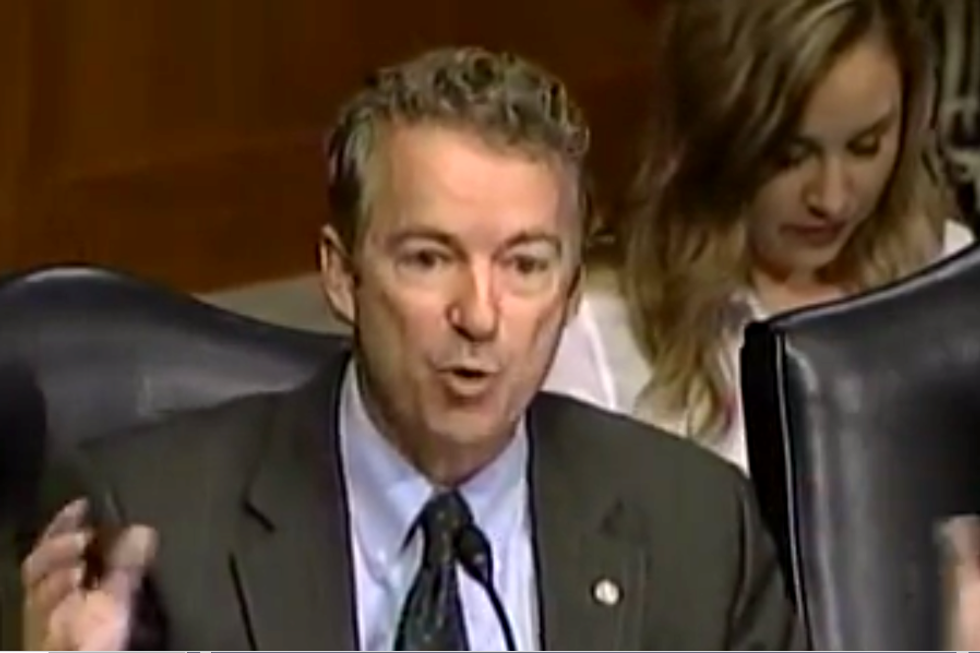 On Thursday, Sen. Rand Paul (R-KY) attended the Senate Health, Education, Labor and Pensions Committee hearing regarding the nomination of P. David Lopez to serve as General Counsel and Charlotte Burrows to serve as a member of the Equal Employment Opportunity Commission (EEOC).

The EEOC's job is enforce federal anti-discrimination laws in the workplace and to investigate claims of discrimination.

Sen. Paul's line of questioning suggested that he believes the very existence of such regulatory bodies creates a self-fulfilling prophecy, that anyone who looks hard enough for discrimination in the workplace will find it, eventually.

In some cases, the agency will investigate workplaces where there appears to be a fundamental inequality in the business, where women and minorities are given lower-paying, low-prestige positions, even if no one at the business has complained.

"Do you realize the downside of the unlimited nature of going after people with no complaint and what this is going to do to business? I mean, do you not understand what we've got to somehow balance that we want people to have jobs?" he asked Lopez.

"How can you show up to work with a straight face?" he demanded. "I don't understand why you wouldn't resign immediately and say, 'This is abhorrent.'"

"This is so against what everything America stands for," he blustered, "that you would go after people where there's been absolutely no complaint, run them through the wringer and use the threat of the bully nature of your office to punish business and as a consequence punish their workers. I don't get it."

Paul went on to describe the agency's investigative practices as "entrapment" and "a crime."

Lopez responded, "I disagree that what the committee is doing is entrapment."

"Realize that there's a penalty" for this, he went on, saying that there are millions of unemployed people in this country who would be happy to take whatever jobs they could get.

Watch video of the exchange, embedded below via Sen. Rand Paul's YouTube channel: