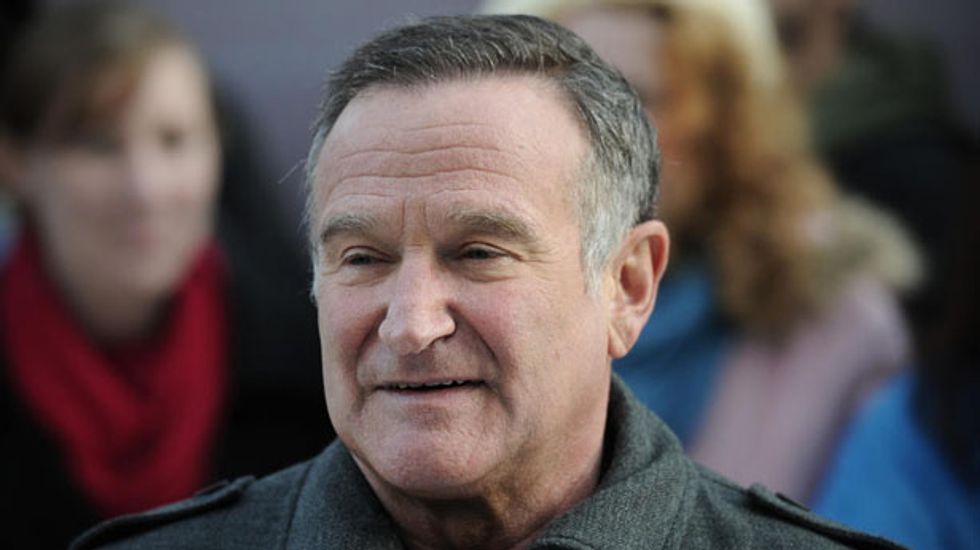 Robin Williams had recently become more paranoid when he committed suicide by hanging himself, coroners said Friday, adding that he had no alcohol or illicit drugs in his system.

There were also signs that the comic actor -- who had recently been diagnosed with Parkinson's Disease -- had tried to cut his left wrist, according to an autopsy report.

No suicide note or other indication that he planned to take his own life was found at the scene, it said.

The 63-year-old, known for high-energy, rapid-fire improvisation and clowning, was found dead on August 11 at his home in Marin County, north of San Francisco.

The coroner for Marin County, Robert Doyle, said the investigation into his death had concluded, giving the cause as "asphyxia due to hanging" and the manner of death as "suicide."

"Toxicological evaluation revealed the absence of alcohol or illicit drugs. Prescription medications were detected in therapeutic concentrations," it added in a brief statement.

"His prior medical history reportedly included depression, Parkinson's Disease and a recent increase in paranoia," said a longer coroners' report, which was obtained by AFP.

The report included other details about Williams' medical history, including that he had shown symptoms of Parkinson's since 2011, including a left arm tremor and slowing of left hand movements. He was diagnosed with the disease in November 2013.

"The clinical history is notable for depression, with components of paranoia, compulsiveness and anxiety," it said.

Although he had suffered from depression sporadically "for most of his adult life... he had no known history of suicidal ideation or behavior," the report said.

The report gave a detailed description of how Williams' body was found hanging by a belt from a closet door in his stepson's bedroom. It noted that a pocket knife with a 3-inch (7.5-centimeter) blade was found near the body.

"Several superficial vertical and horizontal cuts were seen over the inner aspect of the left wrist; these wounds had a scant amount of blood present," the report said.

The actor was wearing a black, short-sleeve T-shirt, black jeans and "was in a seated position, and slightly leaning forward with a black nylon belt secured around his neck."

Williams had been sleeping separately from his wife partly because he talked in his sleep, sometimes very loudly, it said.

Williams, an Oscar-winner and veteran of movies, stand-up shows and hit television series, was one of Hollywood's most popular entertainers and his death triggered an outpouring of emotion the world over.

A few days after his death, Williams' wife said her husband was suffering from depression and the early stages of Parkinson's disease.

Father-of-three Williams had spoken openly in the past about his battles with alcoholism and drug abuse -- and often drew on them in his stand-up comedy routines.

Star of hit films such as "Good Morning, Vietnam" and "Mrs Doubtfire," Williams had last been seen alive the day before his death by his wife Susan Schneider before she went to bed.

She left the house the next day assuming he was still asleep in a separate room in the home in Tiburon.

Williams' ashes were scattered in San Francisco Bay, according to media reports.

President Barack Obama and the US first family joined the outpouring of grief, calling him "an airman, a doctor, a genie, a nanny, a president, a professor, a bangarang Peter Pan, and everything in between."