Smithsonian names George W. Bush and not Obama to '100 most Significant Americans' and no one cares 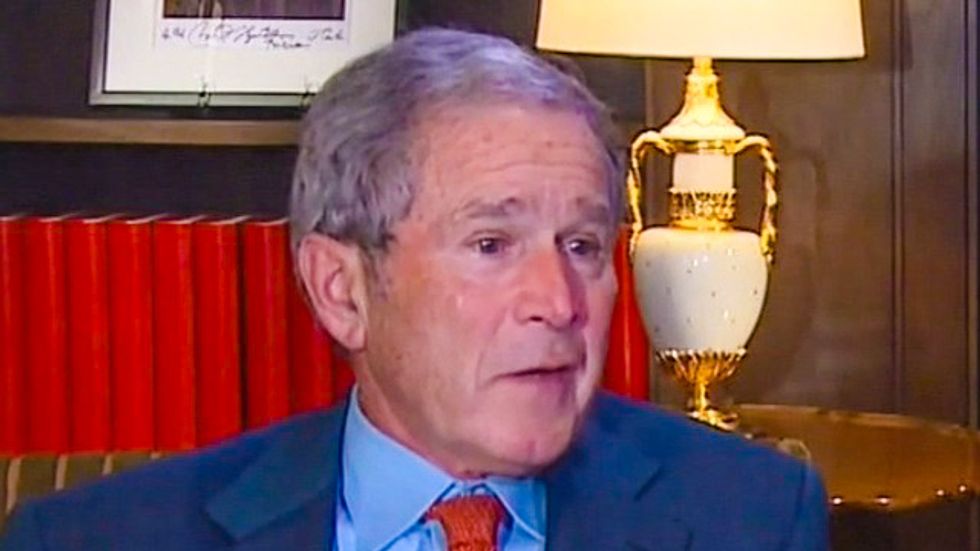 This week, Smithsonian magazine asked its readers, "How much does Thomas Paine matter? More than Harriet Beecher Stowe? Less than Elvis? On a par with Dwight Eisenhower?"

But curiously, the in-house magazine for the Smithsonian Institution decided that George W. Bush is a more "significant" figure in U.S. history than the country's first Black president, Barack Obama, who did not make the list.

Bush appears on the magazine's list of the "100 most significant Americans," released in this week's issue. According to Smithsonian, it put together the list by considering data compiled by Google engineer Charles B. Ward and Steven Skiena, a professor of computer science at Stony Brook University.

But instead of relying simply on statistics to determine the result, the magazine said it split Skiena and Ward's results into several categories of 10 Americans apiece, then made its own determinations of who fit the bill.

"We made an Editors' Choice in each category," Smithsonian explained. "An 11th American whose significance we're willing to argue for."

Other notable entries included former Alaska Gov. Sarah Palin (R) in the list of "First Women," Hulk Hogan in the "Athletes" category, as well as Cotton Mather, who was a key figure behind the Salem Witch Trials, under "Religious Figures."

Skiena and Ward used their methodology to publish a book ranking historical leaders worldwide. Lincoln made it to the top five on that list, trailing Jesus, Napoleon, Muhammad, and William Shakespeare. Smithsonian stated that their approach accounts for not only historical achievements, but how well those achievements are remembered and valued in the present day.

"Argument, of course, has been integral to American historiography from the beginning," Smithsonian explained. "We hope our list will spark a few passionate discussions as well."

Unfortunately for the magazine, although the list was published several days ago, on November 17, the only response Raw Story could find searching both Google and Yahoo for the article was a complaint from the Washington Post about the list excluding scientists and inventors.

"Thomas Edison was the only one to make the lists, and he got in as a businessman (as did Bill Gates and Steve Jobs)," Eugene Volokh wrote in the Post. "Doesn't seem quite right to me, given how much of modern life was developed by Americans, even if one focuses just on the inventions and discoveries that came from individuals or small groups and not from team projects."

With so many websites compiling lists about everything under the sun, maybe even a prestigious outfit like the Smithsonian just can't get people excited for yet another pointless ranking.