Stewart to RNC chair: Democrats' strategy was to curl up in a ball and not get kicked in the face 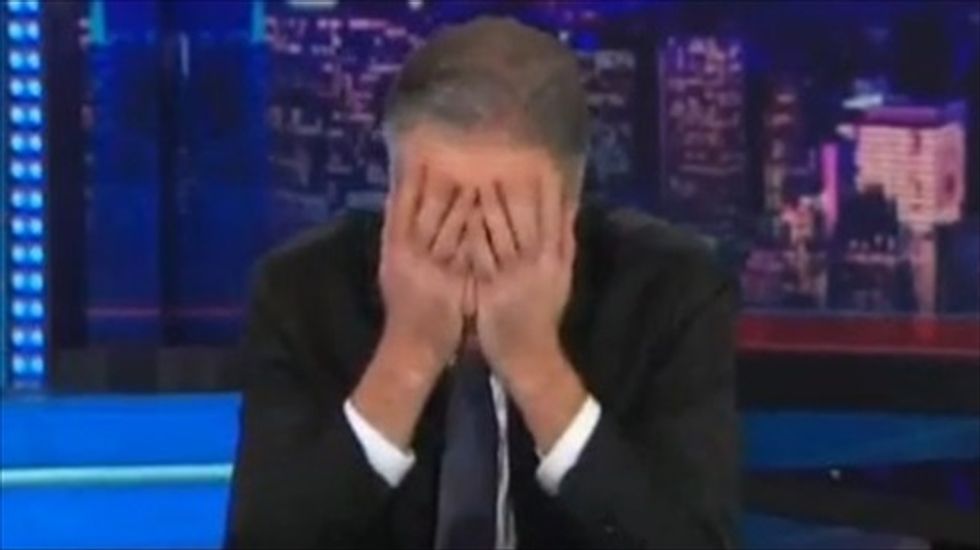 "Were you surprised that the Democrats' strategy seemed to be -- again, I'm not a political strategist -- curling up in a ball and hoping you didn't kick them in the face too hard?" Stewart asked Priebus. "Was that [a] surprising strategy."

"It was a surprising strategy," Priebus responded. "We kept our head down, and worked hard, and we got some great candidates out there."

Priebus said the GOP's gains in the Senate signaled a "rejection" of President Barack Obama on the part of voters, as well as a call to turn the economy around.

However, Stewart pointed out, the country had seen some economic and job growth, but the Democrats did not capitalize on it.

"I'm not really sure what the Republicans ran on, other than, Obama is Stalin and Ebola is going to kill your grandparents," he told Priebus.

"What I love about it is, you only talk in swing states," Stewart said.