Tea Party Army: Send us your money and we'll defeat Islam with our fax machines 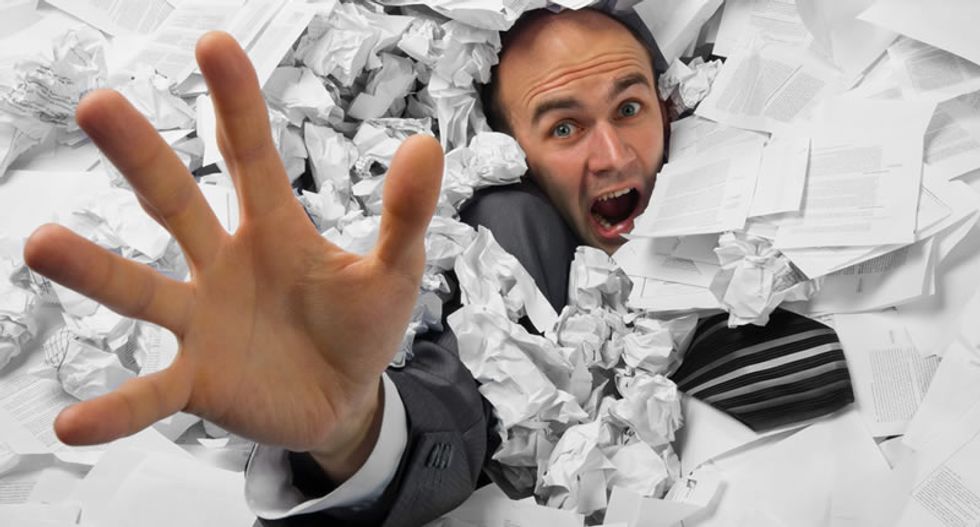 The Tea Party Army has been soliciting donations for campaigns that employ fax-machine-based technology to alert Senators and Representatives of Obama's plan to institute Sharia law, OpenSecrets.org reports.

According to a recent Tea Party Army newsletter, "[t]he number of Muslims in America has increased by 350-percent since Barack Hussein Obama came into power," and this "covert importation of new Muslims [has] at one goal: to eventually convert America to Islam and its repressive Sharia law, and to replace the U.S. Constitution with the Koran!"

"When Obama came into office in 2009, America had just under two million Muslims living in the country," the newsletter reads. "Today sources state that there are approximately SEVEN MILLION Muslims in the U.S. A Pew Research Center poll in 2011 surveyed American Muslims on whether they believed violence against civilians is acceptable in the furtherance of Islam. 19 percent say "Yes" or refused to answer the question."

"That means there could be up to 1.3 million Muslims in America, thanks to Obama, who would support suicide attacks or events like 9/11, the Fort Hood shooting in 2009 or the attack on the Canadian Parliament last month."

According to OpenSecrets.org, the founder of the Tea Party Army, Charles Benninghoff, belongs to "a close cadre of associates, that seem to specialize in raising money off conservative themes of the moment and then go on to pay this same small group of people almost all of the money raised."

Money collected by the Tea Party Army, for example, is paid to a consulting firm called Grassroots Campaign Creations, Ltd., which owns the fax-based technology used to power its campaign. The president of Grassroots Campaign Creations is Charles Benninghoff -- which should not be a surprise, since the consulting firm shares an address with the Tea Party Army super PAC.

The only other group that has hired Grassroots Campaign Creations is the Republican Majority Campaign, which raised over $3.7 million in this election cycle -- but which only paid $1,870 to federal candidates who might help reestablish a Republican majority.

Most of that $3.7 million went to a Mesa, Arizona firm variously known as Political Advertising and Political Call Center, whose website was once described as "contain[ing] virtually no information about what the firm does" by Talking Points Memo -- but which now no longer even exists.