Texas police officer caught on video: 'Go ahead, call the cops. They can't un-rape you.' 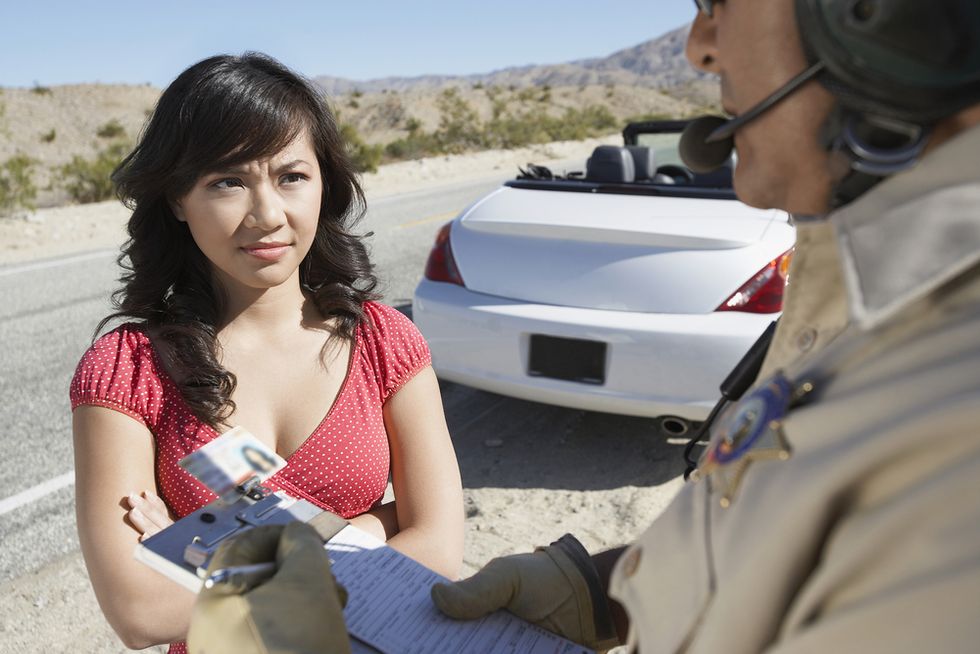 In the video embedded below, two Austin, Texas police officers were accidentally recorded by a dashboard camera having what they thought was a private conversation.

After a brief back-and-forth between the two men about a minor collision they handled earlier in the day and other matters, an attractive woman walks by.

"Look at that girl over there," one officer says.

Officer 1: Look at that girl over there.

Officer 2: (blows whistle) Go ahead and call the cops. They can’t un-rape you. (laughter)

Officer 1: You didn’t turn your camera off, did you?

Officer 2: They can’t un-rape you.

Information on the dashcam screen says that the video was recorded on May 24. Austin's KXAN reached out to the Austin Police Department about the video and received a statement that said:

Thank you for bringing this matter to our attention. The attitude and commentary depicted within this video are not consistent with the level of professionalism we expect of our officers and does not represent the values of the Austin Police Department.

On Friday, the department acknowledged that the video is real. It was found by attorney Drew Gibbs, who was reviewing the cam footage for a case.

"The Carlson Law Firm obtained this video as a part of our standard investigation of a motor vehicle collision," Gibbs said in a statement. "The comments on the video struck me as inappropriate and I chose to allow the court of public opinion to decide if they agreed."

"Arguably even more inappropriate than the rape joke made by the police officer was the other officer’s initial reaction, which was to hope that the video camera was not rolling," he wrote. "I would hope that when a police officer observes another officer acting inappropriately, or worse, illegally, that their initial reaction would be to correct that behavior and prevent its reoccurrence. Instead, it seems that all too often the reaction of many otherwise good police officers is to hide any evidence of misconduct."

After verifying the video, the APD released a second statement that said:

As the Free Thought Project noted, police officers are committing too many acts of sexualized violence against women for the matter to be treated as a harmless joke.

On Friday, Florida police arrested officer Stephen Maiorino of the Boynton Beach Police Department for raping a woman at gunpoint on the hood of his police cruiser.

In August, Officer Daniel Holtzclaw of the Oklahoma City Police Department was arrested and charged with threatening women with arrest if they did not comply to his sexual demands. Seven women have come forward to testify against Holtzclaw, who has is being held on $5 million bail.

In Nevada, Marshal Ron Fox was caught on video assaulting a woman in a Clark County courtroom, then arresting her for trying to report the attack, accusing her of false testimony against a law officer.

Both officers in the Austin video are currently on duty pending the outcome of the investigation.

Watch the video, embedded below via YouTube user Austin's Finest: