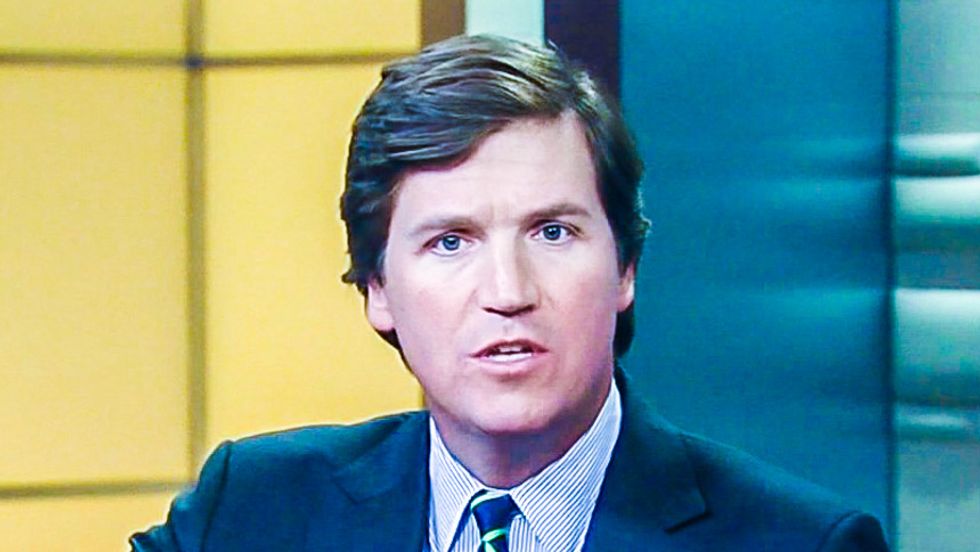 Fox News host Tucker Carlson on Sunday asserted that President Barack Obama had refused to restrict immigration from countries that were being invaded by ISIS Islamic radicals because giving social welfare benefits to terrorists was "exactly the policy" of the United States.

After an ISIS video released on Sunday purported to show the killing of U.S. aid worker Abdul-Rahman Kassig, retired Navy SEAL Howard Wasdin warned the hosts of Fox & Friends about "terrorism coming to America" because the Obama administration was effectively telling the terrorists to "come here, we'll take you into our warm embrace in America, find you some slick attorney, and possibly get you off of these charges."

"Or give tons of social welfare benefits, which is exactly our policy now," Carlson opined. "We have no policy that I'm aware of that restrict immigration from countries where ISIS is popular into the United States. Why wouldn't we be doing that?"

"I mean, this is more dangerous to us than Ebola," he warned. "And yet, I'm not aware of any public debate about restricting movement from those countries where ISIS is, you know, a group of folk heroes into the United States. Why?"

Co-host Ainsley Earhardt pointed that Texas Gov. Rick Perry (R) had warned that ISIS terrorists were already in the country.

"Just so you know, there are lobby groups in Washington dedicated to preventing any of the restrictions we're talking about right now," Carlson noted.