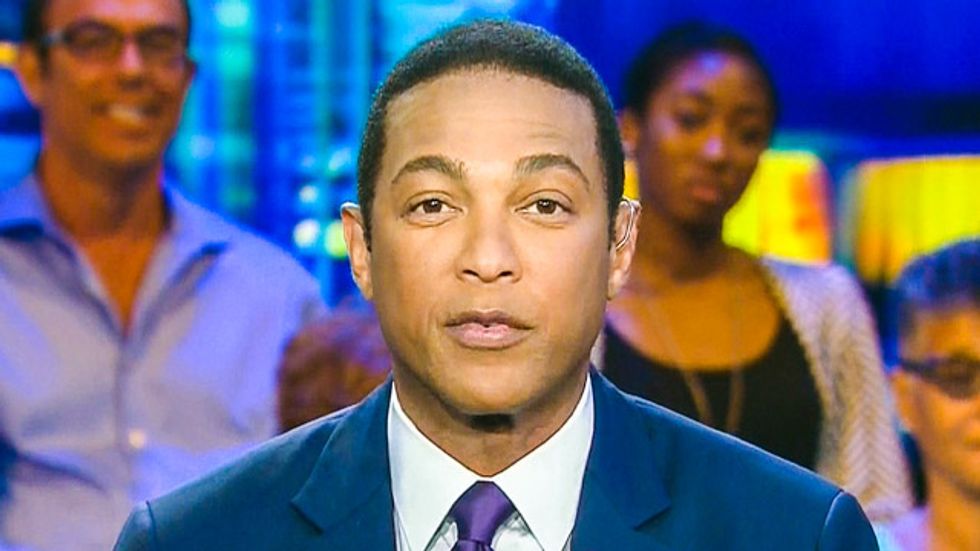 CNN host Don Lemon was instantly mocked online for his awkward suggestion to an actress who recently accused comedian Bill Cosby of raping her twice in 1969, Media Matters reported.

"You know, there are ways not to perform oral sex if you didn't want to do it," Lemon told Jill Tarshis on Tuesday.

"Oh," she replied. "Um, I was kind of stoned at the time, and quite honestly, that didn't even enter my mind. Now I wish it would have."

Lemon's remark was quickly turned into the tag #DonLemonReporting on Twitter, blasting him for seemingly blaming the victim:

When Germany invaded Poland, what was Poland wearing? Was it drunk? Was it begging for it? #DonLemonReporting
— JRehling (@JRehling)1416376529.0

Tarshis is one of several women to accuse Cosby of rape in recent weeks. Her interview with Lemon came two days after she came forward with her allegations on the entertainment website Hollywood Elsewhere. Tarshis, who was 19 at the time of the alleged attacks, said Cosby "took a liking" to her after meeting her at his cottage at Universal Studios, and invited her to stay and work on some material with him.

"I began to tell him about the earthquake Los Angeles had just had and the sound it made," she stated. "He liked my ideas for an earthquake bit. The next thing I remember was coming to on his couch while being undressed. Through the haze I thought I was being clever when I told him I had an infection and he would catch it and his wife would know he had sex with someone. But he just found another orifice to use."

On Tuesday, Lemon told Tarshis that people had expressed skepticism toward him regarding her story, and asked her why she did not go to the police after the first alleged attack by Cosby.

Earlier in the evening, model Janice Dickinson told Entertainment Tonight that Cosby drugged and assaulted her in 1982.

"Before I woke up in the morning, the last thing I remember was Bill Cosby in a patchwork robe, dropping his robe and getting on top of me," Dickinson said. "And I remember a lot of pain. The next morning I remember waking up with my pajamas off and there was semen in between my legs."

Cosby's attorney said in a statement on Sunday that the comedian would not address the allegations.

Watch Lemon's interview with Tarshis, as posted by Media Matters, below.