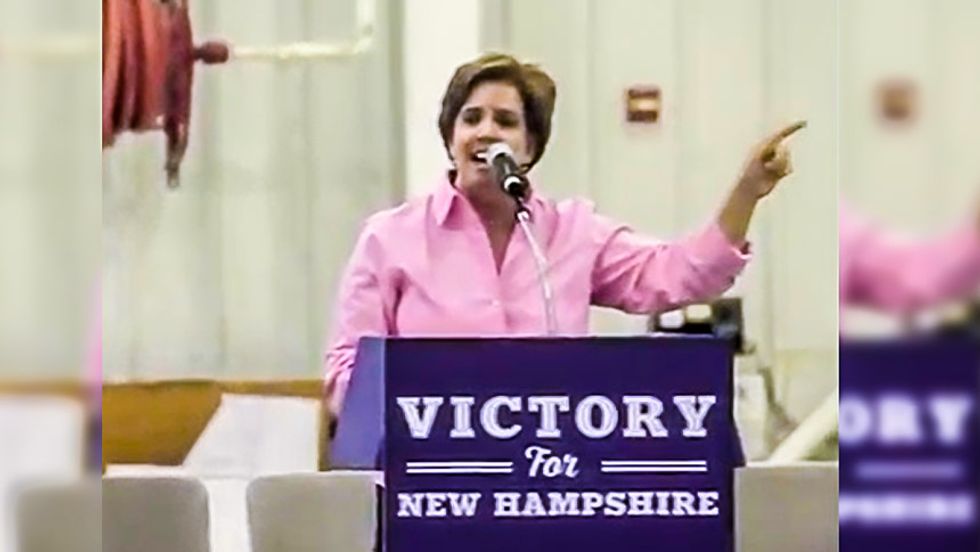 The chair of the New Hampshire Republican Party's enthusiasm to win the midterms elections recently turned to bloodlust when she called on supporters to push Democrats to drown "over and over and over again" until they could not breathe.

During a Sunday campaign event to support Senate candidate Scott Brown in Manchester, New Hampshire GOP Chair Jennifer Horn told supporters what it was going to take to be victorious in Tuesday's elections.

"Waves happen when every single member of a cause or a movement come together with passion and action, and reach out to every single human being that they can possibly come in contact with to share the good news of Republican leadership," she explained. "You are the wave. I need you out there for the next two days, it will not happen without you."

"This is our time, we need to crush it," Horn continued. "We need to crush it. We need to grab it, run with it, push their heads under over and over again until they cannot breathe anymore, until the elections are over on Tuesday night and we've won it all!"

“Think of how disgraceful it is to have a disgrace in the White House,” Sununu opined.