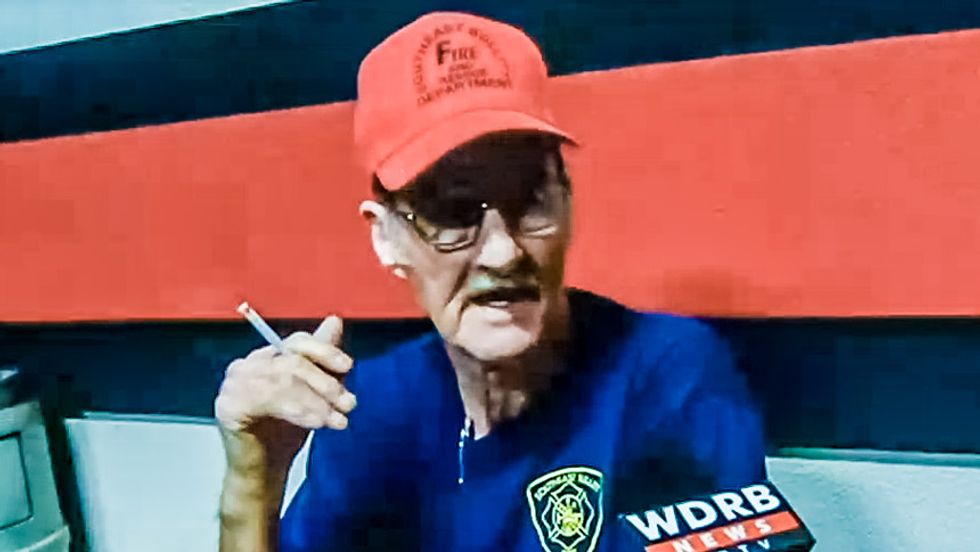 A Kentucky fire chief is being criticized for racist comments after he refused to help a family of stranded motorists because they were black, and then suggested that an Asian-American television reporter did not understand English.

In a Bullitt County Sheriff's deputy's body camera recording obtained by WDRB, Southeast Bullitt County Fire Chief Julius Hatfield can be heard discussing a car accident on I-65 in September.

Hatfield first goes out of his way to provide assistance to Loren Dicken, who is white.

"You got a jack, ain't you?" Hatfield asks the driver. "If you show me where them things is at, I'll get my guys to start changing the tire for you."

At first, Dicken turns down the offer, but Hatfield insists, saying, "It will save you a bill."

Firefighters working for Hatfield even picked Dicken up from the hospital and took him back to the firehouse, where his car was ready and waiting.

"Well, I've got a family of four from Cincinnati, I got to do something with," the Bullitt County deputy tells Hatfield over the radio.

Instead of offering to help driver Chege Mwangi, the deputy recommends that he call the AAA motor club.

Mwangi told WDRB that he noticed that the firefighters had provided assistance to other motorists, but his family wasn't injured so he didn't think much of it. However, he said that the sheriff's department was helpful.

And when WDRB's Valerie Chinn attempted to ask Hatfield about the financial management of Southeast Bullitt Fire Department at a town meeting, he suggested that she didn't understand English, and threatened to have her arrested.

"Turn that camera off," Hatfield barks. "I've asked you that in a nice way. Buddy, call the cops and get them here."

"I asked you once tonight if you understand English," the fire chief adds after Chinn presses the issue. "I'm speaking English."

Hatfield later told Chinn over the phone that he did not recall the remarks he made while responding to the accident on I-65 in September, but he was sure that it was a slip of the tongue. Chinn said that he also apologized for the way that he treated her at the town meeting.