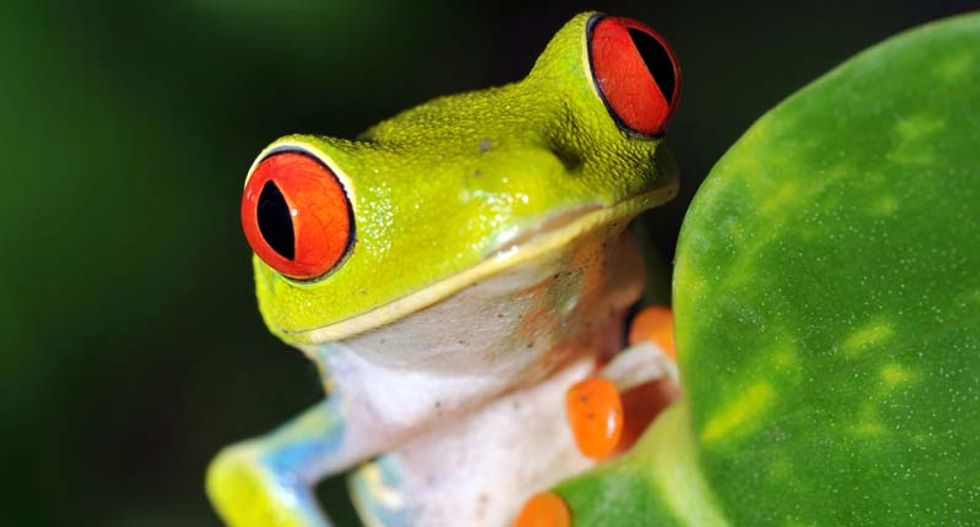 A stark depiction of the threat hanging over the world’s mammals, reptiles, amphibians and other life forms has been published by the prestigious scientific journal, Nature. A special analysis carried out by the journal indicates that a staggering 41% of all amphibians on the planet now face extinction while 26% of mammal species and 13% of birds are similarly threatened.

Many species are already critically endangered and close to extinction, including the Sumatran elephant, Amur leopard and mountain gorilla. But also in danger of vanishing from the wild, it now appears, are animals that are currently rated as merely being endangered: bonobos, bluefin tuna and loggerhead turtles, for example.

In each case, the finger of blame points directly at human activities. The continuing spread of agriculture is destroying millions of hectares of wild habitats every year, leaving animals without homes, while the introduction of invasive species, often helped by humans, is also devastating native populations. At the same time, pollution and overfishing are destroying marine ecosystems.

“Habitat destruction, pollution or overfishing either kills off wild creatures and plants or leaves them badly weakened,” said Derek Tittensor, a marine ecologist at the World Conservation Monitoring Centre in Cambridge. “The trouble is that in coming decades, the additional threat of worsening climate change will become more and more pronounced and could then kill off these survivors.”

The problem, according to Nature, is exacerbated because of the huge gaps in scientists’ knowledge about the planet’s biodiversity. Estimates of the total number of species of animals, plants and fungi alive vary from 2 million to 50 million. In addition, estimates of current rates of species disappearances vary from 500 to 36,000 a year. “That is the real problem we face,” added Tittensor. “The scale of uncertainty is huge.”

In the end, however, the data indicate that the world is heading inexorably towards a mass extinction – which is defined as one involving a loss of 75% of species or more. This could arrive in less than a hundred years or could take a thousand, depending on extinction rates.

The Earth has gone through only five previous great extinctions, all caused by geological or astronomical events. (The Cretaceous-Jurassic extinction that wiped out the dinosaurs 65 million years ago was triggered by an asteroid striking Earth, for example.) The coming great extinction will be the work of Homo sapiens, however.

“In the case of land extinctions, it is the spread of agriculture that has been main driver,” added Tittensor. “By contrast it has been the over-exploitation of resources – overfishing – that has affected sealife.” On top of these impacts, rising global temperatures threaten to destroy habitats and kill off more creatures.

This change in climate has been triggered by increasing emissions – from factories and power plants – of carbon dioxide, a gas that is also being dissolved in the oceans. As a result, seas are becoming more and more acidic and hostile to sensitive habitats. A third of all coral reefs, which support more lifeforms than any other ecosystem on Earth, have already been lost in the last few decades and many marine experts believe all coral reefs could end up being wiped out before the end of the century.

Similarly, a quarter of all mammals, a fifth of all reptiles and a seventh of all birds are headed toward oblivion. And these losses are occurring all over the planet, from the South Pacific to the Arctic and from the deserts of Africa to mountaintops and valleys of the Himalayas.

A blizzard of extinctions is now sweeping Earth and has become a fact of modern life. Yet the idea that entire species can be wiped out is relatively new. When fossils of strange creatures – such as the mastodon – were first dug up, they were assumed to belong to creatures that still lived in other lands. Extant versions lived elsewhere, it was argued. “Such is the economy of nature,” claimed Thomas Jefferson, who backed expeditions to find mastodons in the unexplored interior of America.

Then the French anatomist Georges Cuvier showed that the elephant-like remains of the mastodon were actually those of an “espèce perdue” or lost species. “On the basis of a few scattered bones, Cuvier conceived of a whole new way of looking at life,” notes Elizabeth Kolbert in her book, The Sixth Extinction: An Unnatural History . “Species died out. This was not an isolated but a widespread phenomenon.”

Since then the problem has worsened with every decade, as the Nature analysis makes clear. Humans began by wiping out mastodons and mammoths in prehistoric times. Then they moved on to the eradication of great auks, passenger pigeons – once the most abundant bird in North America – and the dodo in historical time. And finally, in recent times, we have been responsible for the disappearance of the golden toad, the thylacine – or Tasmanian tiger – and the Baiji river dolphin. Thousands more species are now under threat.

In an editorial, Nature argues that it is now imperative that governments and groups such as the International Union for Conservation of Nature begin an urgent and accurate census of numbers of species on the planet and their rates of extinction. It is not the most exciting science, the journal admits, but it is vitally important if we want to start protecting life on Earth from the worst impacts of our actions. The loss for the planet is incalculable – as it is for our own species which could soon find itself living in a world denuded of all variety in nature. As ecologist Paul Ehrlich has put it: “In pushing other species to extinction, humanity is busy sawing off the limb on which it perches.”