After Sony's about-face, 'The Interview' sells out in many U.S. cinemas 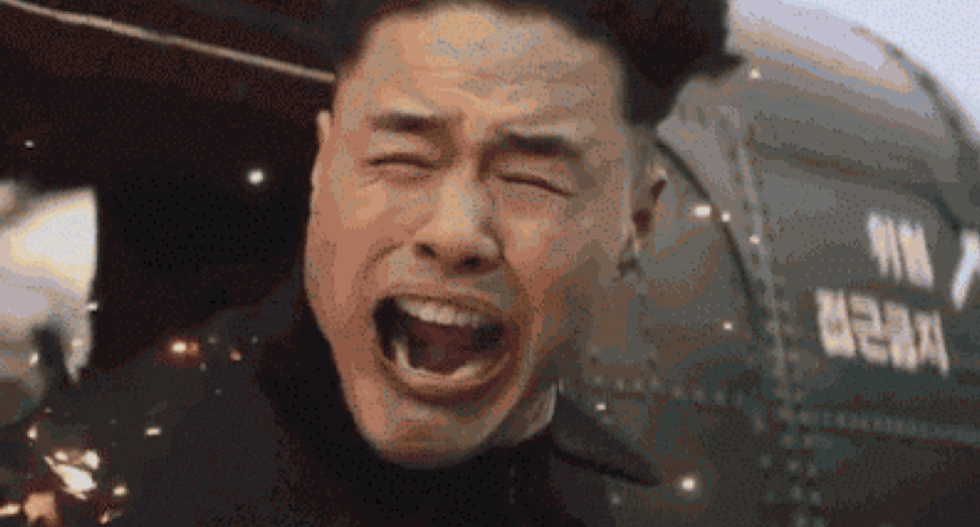 "The Interview," the Sony Pictures film about a fictional plot to assassinate North Korean leader Kim Jong Un, opened in midnight screenings in a smattering of U.S. cinemas on Christmas Day, drawing moviegoers who said they supported the studio's decision to stand up to efforts to censor the low-budget comedy.

Seth Rogen, who co-stars in the film with James Franco, and co-director Evan Goldberg surprised patrons by appearing at the sold-out 12:30 a.m. (0830 GMT) screening of the movie at a theater in Los Angeles where they briefly thanked fans for their support.

The crowd outside the theater, holding cups of warm cider as they waited for the movie to begin, said they came to show their support for freedom of speech and freedom of choice.

The planned release of the $44 million film triggered a virtual ping pong-reaction over the past week. The Sony Corp unit originally canceled the release after it became the target last month of the most destructive cyberattack ever on a U.S. company.

The United States blamed the attacks on North Korea.

The movie, which is playing in theaters in major metropolitan areas as well as in smaller cities ranging from Bangor, Maine, to Jasper, Indiana, features Rogen and Franco as journalists who get recruited by the CIA to assassinate the North Korean leader.

Major movie chains had refused to release the film after threats of attacks on theaters and audiences by hackers. The scheduled screenings in U.S. cinemas do not include major chains.

The entertainment giant backtracked after President Barack Obama, as well as such Hollywood luminaries as George Clooney and Republicans and Democrats in Washington, raised concerns that Hollywood was setting a precedent of self-censorship.

The film was due to open in some 320 small, independent movie theaters across the United States on Thursday, with many of the screenings having sold out the day before as the controversy over the film made it front-page news around the world.

"You know, this is a film I probably would not have come to see but because of the controversy I thought I would come out tonight to stand up for freedom of speech," said Tamsin Hollow, who showed up for the Los Angeles screening.

After watching the film, fans called "The Interview" a great, funny movie.

"It's a farce of the highest level," said Matt Orstein as he left the movie theater. "I would equate it to something like 'Airplane!' or 'Hot Shots!' you know. I mean it's funny but it's definitely nothing that could topple a monarchy."

Fans hailed the appearance by Rogen and Goldberg at the theater.

"It was a great movie, it was really funny, they did a fantastic job. It was really great that Seth came out, Seth Rogen himself came out and greeted everybody. Hey, go America," said Tom Sopit.