Almost 7,000 UK homes will be lost to rising seas 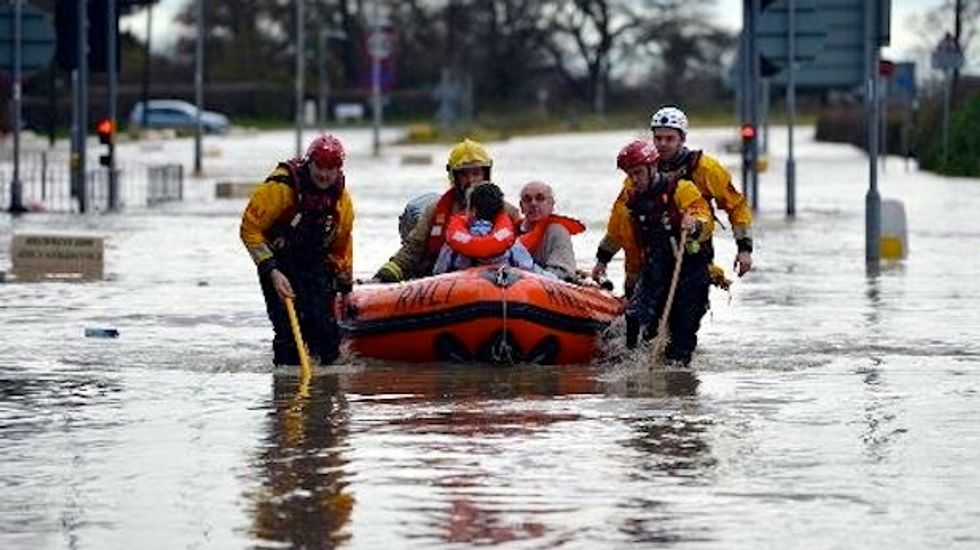 Almost 7,000 homes and buildings will be sacrificed to the rising seas around England and Wales over the next century, according to an unpublished Environment Agency (EA) analysis seen by the Guardian. Over 800 of the properties will be lost to coastal erosion within the next 20 years.

The properties, worth well over £1bn, will be allowed to fall into the sea because the cost of protecting them would be far greater. But there is no compensation scheme for homeowners to enable them to move to a safer location.

In December 2013, a huge tidal surge flooded 1,400 homes along the east coast and saw numerous homes tumble into the ocean. Earlier this month, the environment secretary, Liz Truss, visited Lowestoft on the anniversary of the surge, which flooded the town.

“Last winter’s storms saw the eastern seaboard overwhelmed,” said coastal community campaigner Chris Blunkell, who lives on the North Kent coast at Whitstable. “If government won’t defend all people living on the coast, then it must make sure that they can move elsewhere, and that means compensating them for their loss. It’s wrong that the costs of climate change should be borne by the most vulnerable.”

Coastal erosion expert Professor Rob Duck, at Dundee University, said: “It is a very difficult issue, but we can’t defend everything at all costs. There are just not the resources to do it and keep on doing it. But it is not just about money, often people have lived in places for generations and there is a lot of history and memories.”

Duck said the east coast from Yorkshire down to Essex is “soft and vulnerable” and that the stronger storms and rising sea level being driven by climate change will increase their vulnerability. A recent EA document stated: “It is widely accepted that [climate change] will lead to an acceleration of coastal erosion due to more aggressive marine conditions.”

The EA analysis assumes that funding for shoreline management plans – a mix of holding the line and managed retreat – is maintained. Without this, the number of properties lost within 100 years would increase tenfold to over 74,000. The central estimate for properties lost even with continued coastal defence is 7,000, but the EA analysis found there is a 5% chance this could rise to almost 9,000 if the weather was particularly extreme.

Currently, the Department of Environment, Food and Rural Affairs (Defra) states that “there are more than 200 homes at risk of complete loss to coastal erosion in the next 20 years”. But the newly revealed EA analysis puts the number at 295, and at 430 in the extreme case.

“It is not feasible or affordable to protect every household now or in the long term, especially given the likely consequences of sea level rise,” said the EA and Defra, in a recent response to enquiries from Friends of the Earth. The EA and Defra added: “There is no statutory recourse to compensation for property lost or damaged due to coastal change.”

“Compensating coastal communities affected by climate change is simply a matter of social justice,” said Friends of the Earth’s Guy Shrubsole. “At the moment, the government is dumping these costs on individual households and vulnerable communities.”

“During last year’s tidal surge, the biggest since 1953, some people on the east coast were evacuated from their homes and given a biscuit in the church hall,” said Blunkell. “Yet Londoners could sleep easy protected by the Thames Barrier. A biscuit for some and a barrier for others is unjust, and such injustice will grow with rising sea levels.”

“Our first ever long-term investment strategy for flood defences will see a further 15,000 houses better protected from coastal erosion by the end of the decade,” the Defra spokeswoman added. She said grants were available to “assist local authorities with the immediate costs associated with the loss of a home to erosion”. The EA said these were up to £6,000 to cover demolition and removal costs.

The EA implements flood and coastal defence plans under the budget given to it by Defra. An EA spokesman said: “We work with local authorities, which lead on shoreline management plans, to identify erosion risk management schemes, coastal erosion monitoring and further research on how we best adapt to these changes.”