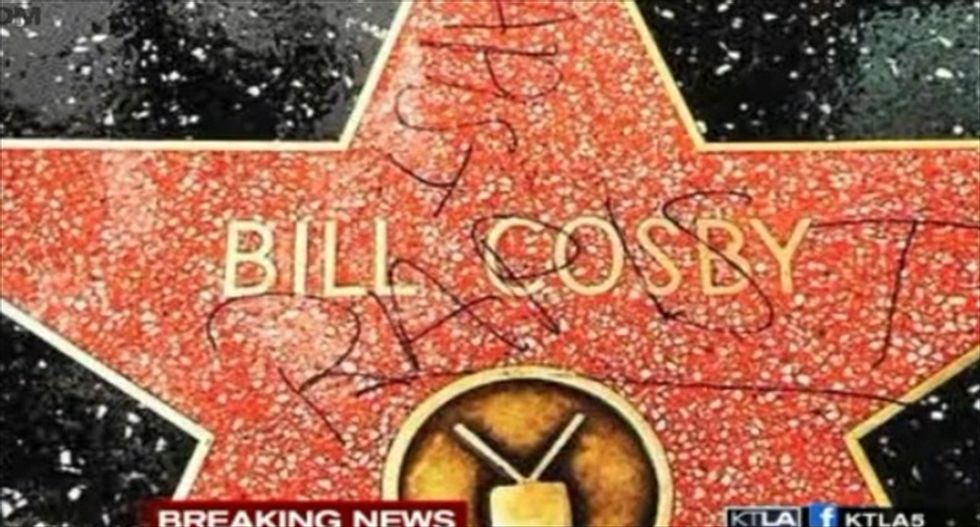 Comedian Bill Cosby's star on the Hollywood Walk of Fame was vandalized on Friday with the word "rapist" written over it, after numerous women came forward in recent weeks alleging Cosby had sexually assaulted them in incidents dating back decades.

The Hollywood Chamber of Commerce said Cosby's star, which was defaced with a marker pen, was being cleaned up. The organization filed a police report citing vandalism of a registered California state landmark.

"When people are unhappy with one of our honorees, we would hope that they would project their anger in more positive ways," the organization said in a statement.

More than a dozen women have come forward saying Cosby, 77, sexually abused, groped and in some cases drugged them in incidents dating back to the 1960s. One California woman, Judy Huth, filed a lawsuit against Cosby this week accusing him of sexual battery when she was aged 15 in 1974.

Cosby's attorney has called the allegations discredited and defamatory. The trailblazing African-American comic best known as the wholesome Dr Cliff Huxtable on the long-running, top-rated television series "The Cosby Show," has not been charged with any crimes.

The allegations have damaged Cosby's public image and led to the cancellation of his NBC and Netflix television projects and numerous live comedy concerts. On Thursday, the U.S. Navy revoked Cosby's title of honorary chief petty officer, saying the allegations conflicted with the military organization's beliefs.

Watch a report on the vandalism against the star, as aired on KTLA-TV on Friday, below.