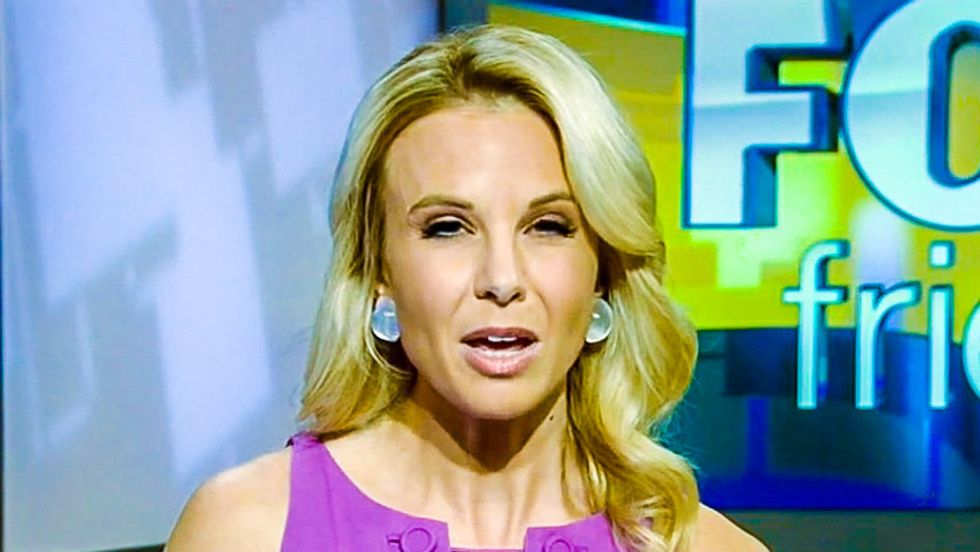 A black pastor explained to Fox News host Elisabeth Hasselbeck on Thursday that she was wrong to assert that President Barack Obama had made the lives of black people worse, and that "someone white would make that argument."

In a recent interview with People magazine, the president and First Lady Michelle Obama talked about how they had been treated differently because of their skin color. In one case, Michelle Obama said that she was treated as the "help" by a woman at Target.

On Thursday, Hasselbeck told Reverend Jacques Degraff, a Democratic strategist, that she couldn't understand why Michelle Obama had joked about the incident in an interview with late night television host David Letterman in 2012.

"There it seems to be she enjoyed the experience," Hasselbeck opined. "It's being normal like everybody else. So, how is that helping then to come back now and describe it differently?"

"I think the interview was in the context of racial experiences in America, and so African-Americans and others have learned how to deal with our pain and put a smile on irritating, annoying or downgrading situations," Degraff said. "Her inner experience is what she's talking about this time. Every African-American is familiar with that."

"So, you're saying that she's had some time to think about it and realize that it's racist?" Hasselbeck pressed.

"I'm saying African-Americans in general all have similar experiences of dealing with ignorance," Degraff replied.

Hasselbeck agreed that being black in America was "challenging," and then asserted that President Barack Obama had made it "more challenging" because the unemployment rate for African-Americans was higher than it was for white Americans.

"Some would make the argument that it has become more difficult for black Americans under this president," the Fox News host declared.

"Someone white would make that argument," Degraff shot back. "The issue is being black in America under a Democratic president and a Republican president."

"It's difficult dealing with ignorance if you're black in America," he added without acknowledging how his statement applied to the current interview.

"I hear that, and I want you to understand that I'm listening here," Hasselbeck said. "And I might be a white woman, but I fully want to understand and have this conversation because I think it's one that's important to happen."

Hasselbeck agreed that "bias" against the Obamas "may have happened, and that maybe is how they feel," but she argued that they were not representing all Americans by talking about that experience.

"Are they not making things worse?" she asked.

"They do represent all Americans everyday," Degraff replied. "I think the reality is this, that being black in American is challenging, it's oppressive... and what they're doing is humanizing the position of president by talking about what their life is life."

"Absolutely, they have a right to do that," Hasselbeck remarked as she ended the segment. "And the policies, in fairness, have made it much tougher."