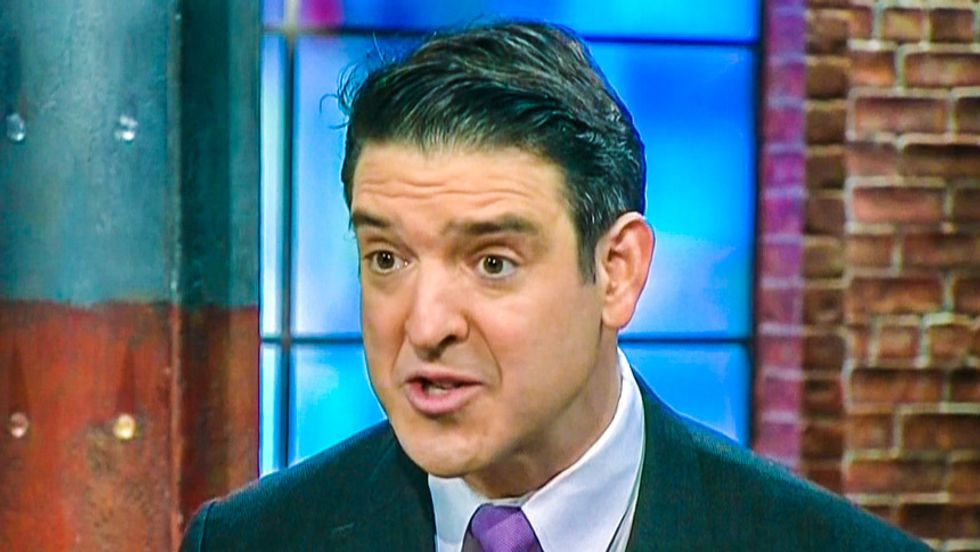 Forensic psychologist Michael Welner told CNN on Tuesday that two New York City police officers were murdered over the weekend because the social justice movement emboldens advocates with an "entitlement to violence."

Welner, who prosecutors claim can quantify evil with his Depravity Standard, asserted that shooter Ismaaiyl Brinsley was probably not mentally ill, even though it was a "difficult distinction to make" because he had not reviewed the case.

According the forensic psychologist, it was the social justice movement that gave Brinsley -- and a terrorist sympathizer who recently took hostages in Sydney -- the permission to commit acts of violence.

"There are crimes in which a person is playing to his own idea, an irrational idea that nobody shares, and there's a crime like Brooklyn, and like Sydney where someone plays to a constituency that thinks exactly as [Brinsley] does, whether we choose to admit it or not," Welner explained. "He used social media to brag about what he was going to do. And then after he did it, there were some residents who were clapping and laughing in the aftermath."

"This is not a person who was isolated as the government would suggest. He had 14,000 followers on Facebook. So, he had a constituency," the CNN guest continued. "He was a peace activist. There are some peace activists who experience an entitlement to violence."

"There are some folks who work in different causes -- and they may call it social justice -- somebody may work for Greenpeace and feel entitled to blow up a ship. It's violent, but they call themselves an activist with the idea of social justice in mind."

So according to Welner, Brinsley could not have been mentally ill because other social justice advocates could "identify with that."

"Spectacle homicide is seen in people who have high expectations of themselves, and he talked about wanting to do something good," Welner noted. "All of us that speak publicly can shape a message that say, 'You're not a man by virtue of who you can destroy.' And when people who are seduced by ISIS [are] pulled into this, are exposed to a message that says your manhood is not defined by your ability to destroy for the sake of destroying, we create a force to counter that."

"Right now, there's tremendous pressure on the entitlement to violence toward police officers," he concluded. "And we can send a message out that that doesn't make you a man to kill for the sake of killing."

Truth Out's Robert Wilbur pointed out that Welner was part of a nationwide effort by politicians and prosecutors to rule out mental illness as a defense in criminal cases.

"Prosecutors have the money and power of the state behind them, and there exists a cottage industry of high-priced psychiatrists and psychologists who are literally killing people with testimony," Wilbur observed.