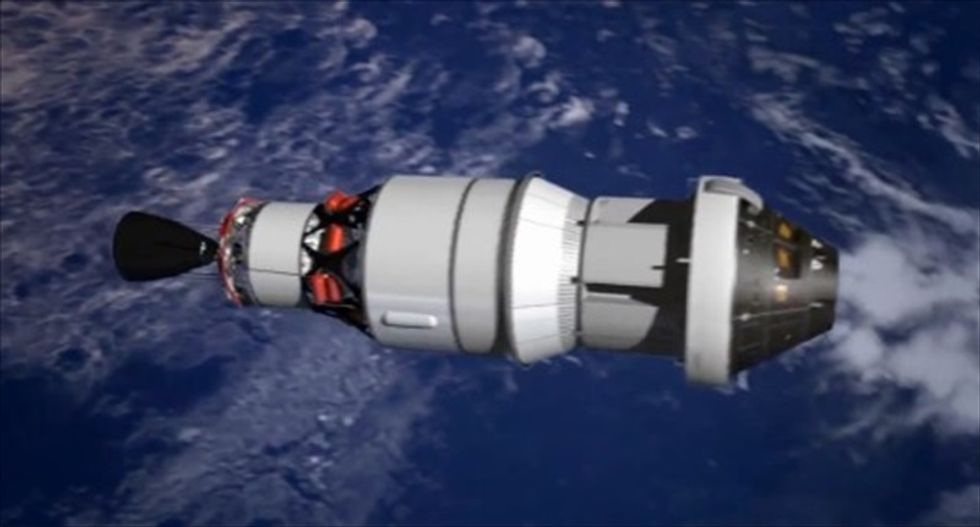 NASA announced on Monday that it is set to test the spacecraft that it says will eventually deliver astronauts to Mars.

The agency announced on Monday that the Orion space capsule will get an uncrewed test flight early Thursday morning.

Space.com reported that the capsule is scheduled to ascend to around 3,600 miles above the Earth, then orbit the planet twice before re-entering the planet traveling at around 20,000 mph before landing in the ocean about 600 miles southwest of San Diego.

"Orion is the first spacecraft built for astronauts destined for deep space since the storied Apollo missions of the 1960s and 70s," NASA stated. "It is designed to go farther than humans have ever traveled, well beyond the moon, pushing the boundaries of spaceflight to new heights."

But NASA also plans to eventually use Orion to send astronauts to an asteroid and "redirect" it into orbit around the moon. The first planned flight involving a crew is reportedly scheduled for 2021.

"Astronauts aboard Orion will return to Earth with samples of the asteroid, having tested a number of collection tools and techniques we'll use in future human missions to Mars or its moons," the agency stated.

According to CNN, the capsule is designed to carry a four-person crew for missions lasting up to 21 days, or six-person crews for shorter missions.

Watch an informational video NASA posted about the Orion program, as seen online on Tuesday, below.