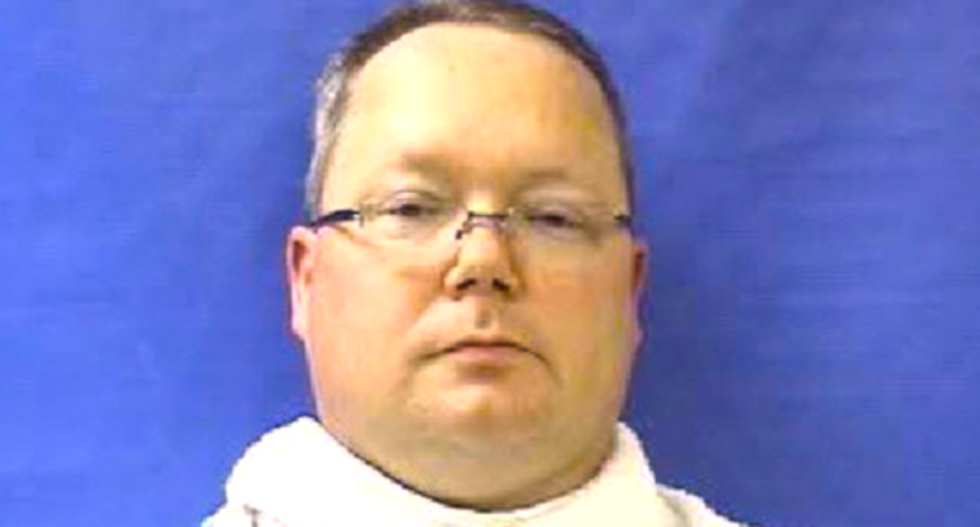 Federal investigators told a Texas jury on Tuesday they uncovered a cache of weapons in a storage locker that belonged to a former justice of the peace accused of shooting dead two prosecutors last year.

McLelland and Hasse prosecuted Williams for the theft of office computer monitors, obtaining convictions that cost Williams his job and law license.

A Federal Bureau of Investigation agent told jurors federal officials seized at least 30 firearms, trunks filled with police-issued tactical gear and an improvised explosive device they said were linked to Williams. The agent also said Williams purchased a 2004 Ford Crown Victoria, a car used by many police forces nationwide, which he used as a getaway car.

In their opening arguments on Monday, prosecutors told jurors there was a "treasure trove" of items used in the killings that were found in a storage rental unit in Dallas County.

Williams' attorneys did not make an opening statement for the trial, which was moved to Rockwall County because of extensive media coverage of the killings in Kaufman County, southeast of Dallas.

Prosecutors, who are seeking the death penalty, said Williams broke into the McLellands' home and killed Cynthia McLelland in a "blizzard of bullets" from an AR-15 assault rifle and then opened fire on Mike McLelland.

An alarm company employee testified on Tuesday that records show a person entered the front door of the McLelland's home at 6:40 a.m. on the day of the murders and exited two minutes later.

Motion sensors did not detect any movement from within the house until 12 hours later when family friends discovered the bodies of the couple.

Mike McLelland had 16 gunshot wounds and Cynthia had 8, according to medical examiners.

Williams' wife, Kim, is also charged with capital murder and will be tried separately.